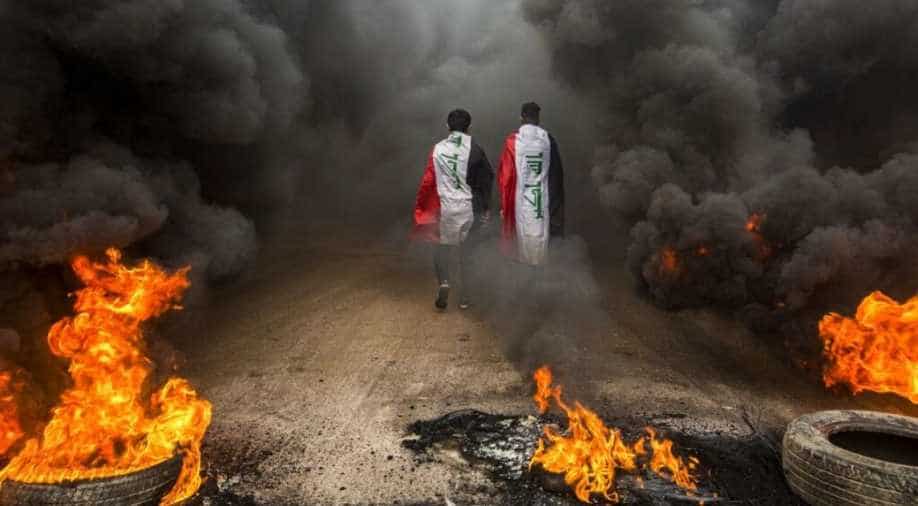 The activist has been identified as Saadoun al-Luhaybi and according to a report he was shot in the head.

As anti-government protests continue in Iraq, an activist was shot dead overnight in Baghdad.

The activist has been identified as Saadoun al-Luhaybi and according to a report he was shot in the head.

He had been taking part in youth-led demonstrations rocking Iraq since early October that have demanded the ouster of a governing class seen as corrupt, inept and beholden to Iran.

Protesters still occupied the streets in the city, where they have shut down most government offices and schools.

Around a dozen activists have died in targeted killings across the country, among the nearly 460 lives lost in protest-related violence over the past three months.

Demonstrators have warned that these killings, along with kidnappings and different forms of harassment, are an attempt to scare them into halting their movement.

Meanwhile, on Tuesday, an angry mob marched into the Green Zone and to the US embassy, outraged over American airstrikes that killed fighters from the Hashed al-Shaabi military force.

They besieged the embassy for just over 24 hours, leaving on Wednesday afternoon after an order from the Hashed.

The anti-government demonstrators who have been taking to the streets for months insist their movement is entirely unrelated to the crowds that besieged and vandalised the American mission.