Prolonged pandemic? Research sheds light on implications of transfer of COVID-19 from humans to wildlife 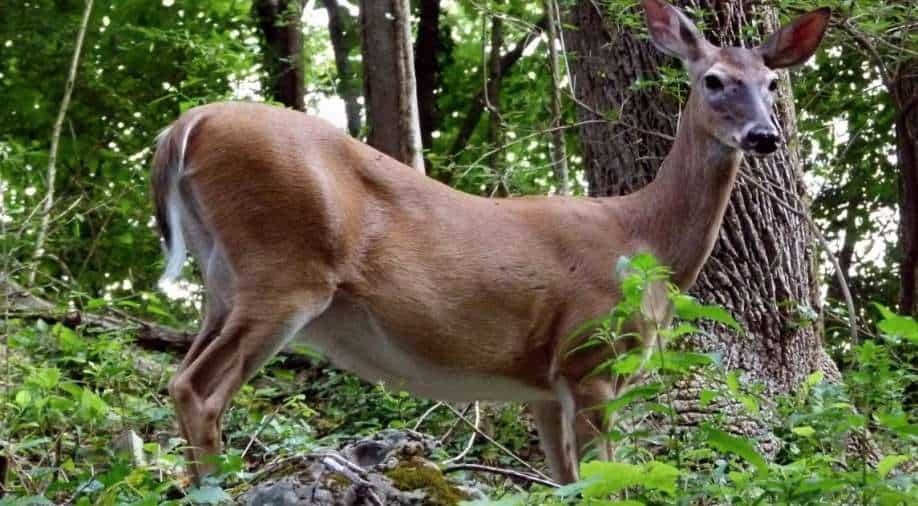 Experts are probing but There is limited information on animals and COVID-19. Photograph:( Others )

As per the study, there is also a possibility of potential spillback of new variants to humans that our immune system has not seen before

Later, scientists swabbed the nostrils of white-tailed deer in Ohio and found evidence that humans had spread the coronavirus to deer at least six times. As per their report, about one-third of the deer samples had active or recent infections.

The spread of the COVID-19 virus in deer is not unique as reports have emerged that the virus has infected multiple species of animals globally, including farmed mink, companion animals such as cats and dogs and also some zoo animals.

ALSO READ | COVID-19: Are these new symptoms of Omicron variant? Experts weigh in

There has been no known transmission from deer to humans, but scientists are not ruling out the possibility.

A study published last month in Nature sheds light upon the implications of the transfer of virus to other species. It suggested that such trends could prolong the pandemic, hampering the quest to control COVID-19.

As per the findings of the study, white-tailed deer are frequently infected with SARS-CoV-2 viruses. It further highlighted that questions have been raised about the future trajectory of the virus and the control measures that have been adopted around the world to curb the spread.

As per the study, the potential establishment of a new reservoir of virus in white-tailed deer could open new pathways for evolution, transmission to other wildlife species.

There is also a possibility of potential spillback of new variants to humans that our immune system has not seen before.

It is a known fact that COVID-19 infection rates are high in a community or population. Therefore, it is alarming that over one-third of deer in our study were positive by PCR, as it suggests an active or recent infection during last winter's major wave.

A number of mutations were observed in white-tailed deer that are very low frequency in humans. Such mutations could potentially be amplified in a new reservoir host with high infection rates and different constraints on evolution.

The study also urged for an urgent need to expand monitoring of COVID-19 in potential wildlife hosts to understand the ecology of transmission and track evolutionary trajectories going forward, including in other potential host species.