Pope Francis thanks Iraqis for visit, saying they have right to live in peace 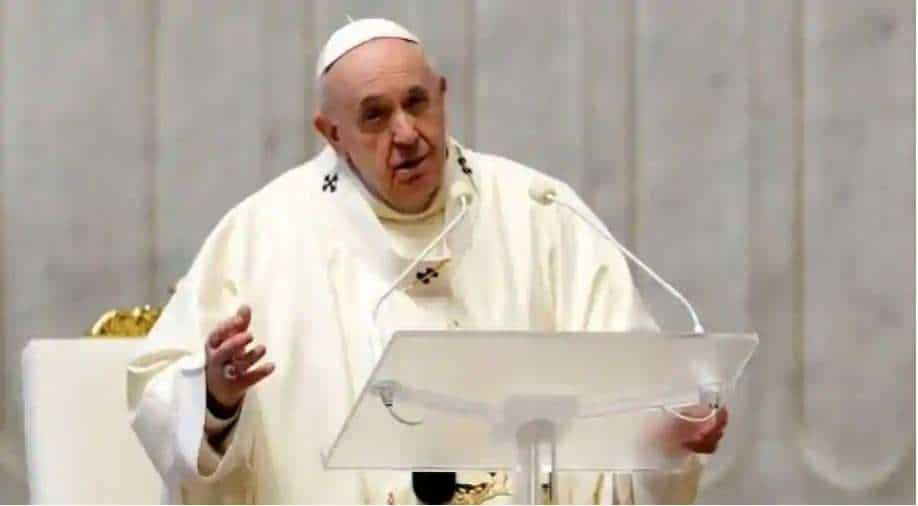 In his weekly audience, the 84-year-old pope reflected on the packed three-day programme that saw him travel throughout Iraq last weekend, offering encouragement to persecuted Christians and extending a hand to Shiite Muslims

Pope Francis thanked the people of Iraq on Wednesday for allowing him to make his historic trip to the country, saying the country's people have a right to live in peace and condemned weapons manufacturers and traffickers for selling arms to "terrorists".

In his weekly audience, the 84-year-old pope reflected on the packed three-day programme that saw him travel throughout Iraq last weekend, offering encouragement to persecuted Christians and extending a hand to Shiite Muslims.

"The Iraqi people have a right to live in peace, they have a right to rediscover the dignity that belongs to them," he said, adding that war was always "the monster that mutates over the epochs" to neighbours against each other with weapons.

Iraq suffers from chronic mismanagement and corruption, and a steady level of violence often linked to the rivalry between Iran and the United States in the region 18 years after the US invasion of Iraq.

On Sunday the 84-year-old pope saw ruins of houses and churches in the northern city of Mosul that was occupied by the Islamic State from 2014 to 2017.

"And I asked myself (during the trip), 'who sold the weapons to the terrorists?, who sells weapons to terrorists today who are carrying out massacres elsewhere, for example, in Africa,'" he said, departing from his prepared address. "It is a question that I would like someone to answer."

He said his meeting on Saturday in the holy city of Najaf with Grand Ayatollah Ali al-Sistani, one of the most influential figures in Shi’ite Islam, both within Iraq and beyond, "unforgettable".

Francis said he felt compelled to make the visit, which saw the tightest security ever for a papal trip, to be close to "that martyred people, that martyred Church".

Iraq's Christian community, one of the oldest in the world, has been particularly devastated, falling to about 300,000 from about 1.5 million before the U.S. invasion and the brutal Islamist militant violence that followed.

Hours after the pope left on Monday, Iraq's prime minister Minister Mustafa al-Kadhimi called on the country's rival political groups to use dialogue to solve their differences, a move he said would reflect the "love and tolerance" shown by the pope.

Many in Iraq hope the Papal visit will garner more international support for Kadhimi's government to handle sensitive crises, including reining in Iran-backed militias whose power and influence Kadhimi has sought to curb since taking office in May 2020.