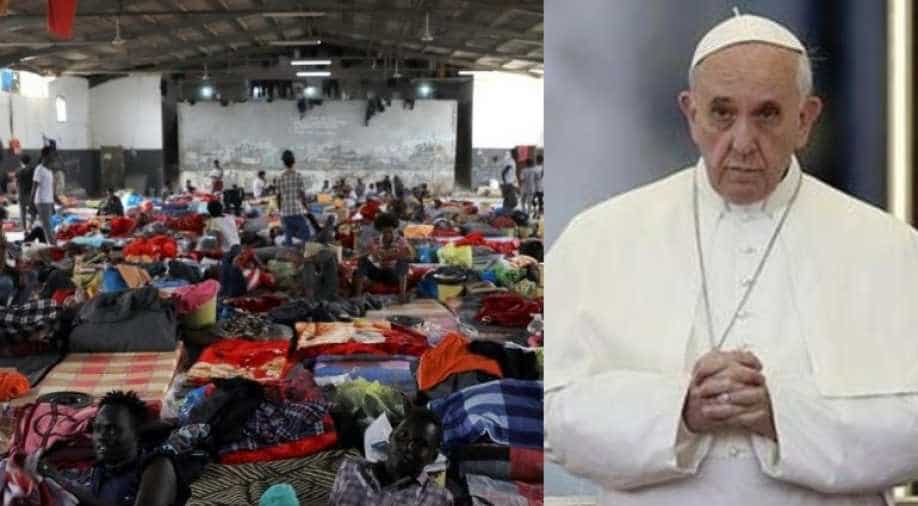 Libya has been suffering due to a destabilized central authority since dictator Muammar al-Gaddafi was overthrown by NATO-backed rebels in 2011.

Pope Francis has appealed for peace from both sides in the ongoing Libyan civil war. He has urged the international community to take steps to protect the refugees and migrants.

In his Sunday afternoon address at the St. Peter's Square, he said he was pained to see the ongoing Libyan civil war.

"Please! I urge international bodies and those who have political and military responsibilities to restart, with conviction and resolve, the search for a path towards an end to violence, leading to peace, stability and unity in the country," he said.

Talking about the pandemic and the apparent deteriorating condition of the refugees and migrants in the Libyan migration detention centres, he said, "There is cruelty. I call on the international community - Please! - to take their plight to heart ... Brothers and sisters, we all have responsibility in this. No-one can consider themselves dispensed from this."

Libya has been suffering due to a destabilized central authority since dictator Muammar al-Gaddafi was overthrown by NATO-backed rebels in 2011.

The streets of war-torn Libya are usually seen being patrolled by armed groups, and the country has had rival parliaments and governments in the east and the west for the past few years now.

This has been causing severe tense and violent environment in the country. Libya is divided between the Libyan National Army (LNA) and the rival Government of National Accord (GNA) with nations split over their support of the LNA or the GNA.