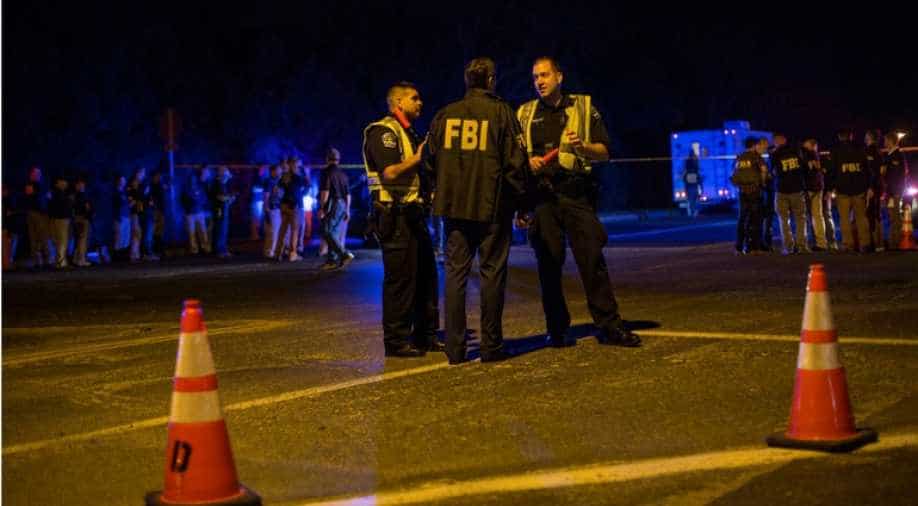 Authorities maintain a cordon near the site of an incident reported as an explosion in southwest Austin Photograph:( Reuters )

Four bombs that have gone off this month around Austin, Texas, with the latest inuring two men on Sunday, have similarities that lead investigators to believe they are the work of a serial bomber, police said on Monday.

Sunday's bomb may have been activated by a trip wire, a more advanced design that the previous explosions that were set off when victims handled packages that were left on doorsteps. Those packages killed two earlier this month.

"We are clearly dealing with what we expect to be a serial bomber at this point," Austin Police Chief Brian Manley told a press conference. "We have seen similarities in the devices that exploded here last night and the other three devices."

The men, one aged 22 and the other 23, suffered non-life threatening injuries and were taken to the hospital on Sunday after they came upon a suspicious device on the side of a road in a residential neighborhood, officials said.

Agents from the Federal Bureau of Investigation and U.S. Bureau of Alcohol, Tobacco, Firearms and Explosives were at the scene, the FBI said on Twitter.

Investigators are trying to identify the person or people behind the three parcel bombs that exploded in three separate east side neighborhoods, killing two African-American males and leaving a 75-year-old Hispanic woman fighting for her life.

Austin police said whoever was responsible was trying to send a message and should contact authorities to explain any motive.

"We are not going to understand that (message) until the suspect or suspects reach out to us to talk to us," Manley said.

The first bombing on March 2 killed Anthony Stephan House, a 39-year-old black man. It ripped a hole in a home entrance wall and damaged the front door.

A bomb last Monday morning killed Draylen Mason, a 17-year-old African-American teenager and budding musician, and injured his mother, who is in her 40s but was not further identified. A few hours later, a third bomb injured the 75-year-old Hispanic woman, who has not been identified.

Police have received more than 700 calls about suspicious packages since the three parcel bombs, but authorities have not found any that posed a security risk, Manley said.

A reward of $115,000 has been offered for information leading to the arrest and conviction of the person or people responsible.