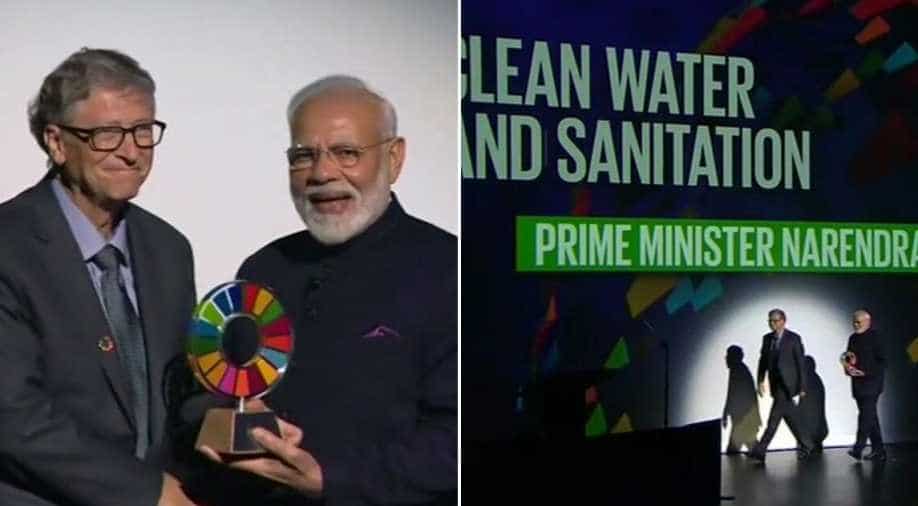 It has been a week of hectic engagement for Prime Minister Narendra Modi in New York with focus on a solar Park, an address on the relevance of Mahatma Gandhi in the contemporary world inside the United Nations building and being conferred the Global Goalkeeper Award.

"Mahatma Gandhi never held positions of power. Yet, he motivates people around the world. Millions of people, several nations drew strength from his ideals and attained freedom," PM Modi said.

PM Modi was conferred the Global Goalkeeper Award by the Gates Foundation for his work on sanitation. The PM dedicated the award to "130 crore people of India and the collective endeavors of our nation to improve cleanliness."

"The Gates Foundation honoured me with the Global Goalkeeper Award at a time when the world is marking Mahatma Gandhi’s 150th birth anniversary and when India has made remarkable progress in fulfilling his dream of a Swachh Bharat."

Prime minister also reached out to small Island countries with the India Pacific Island meet and the first India Caribbean summit. He already has had bilateral meetings with 10 global leaders including President Trump on the sidelines of the United Nations General Assembly and expected to have more leaders on Thursday.

Prime Minister Modi will address the United Nations General Assembly on Friday, it will be the second time the Indian prime minister would be addressing the world body since 2014.