Philippines' Duterte heads to Russia in blow to US 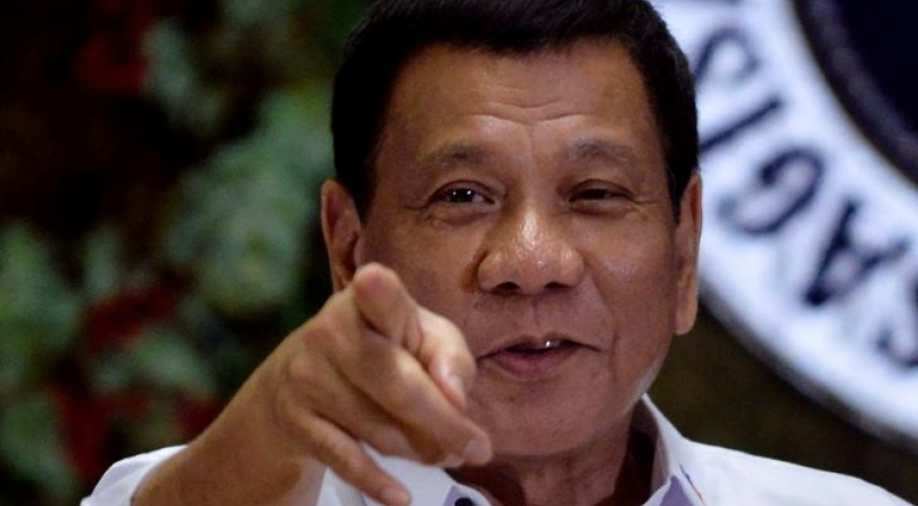 Duterte has railed against the United States, particularly when Barack Obama was president, for criticising the drug war. Photograph:( Reuters )

Duterte will on Thursday meet Russian President Vladimir Putin, whom he has described as his 'favourite hero'||||His top priority will be to secure?Russian precision-guided bombs to use on Islamic militants in the southern Philippines||||Duterte's seeking of weapons from Russia comes as he dials down cooperation with the United States||||

Philippine President Rodrigo Duterte flies to Russia on Monday to meet his hero, seek arms and steer his nation's foreign policy course further away from longtime ally the United States.

The five-day trip will cement a dramatic improvement in ties between the two nations since Duterte came to power last year and began unravelling the Philippines' decades-long alliances with the United States, which he accuses of hypocrisy and bullying.

Duterte will on Thursday meet Russian President Vladimir Putin, whom he has described as his "favourite hero" and proclaimed a personal bond because of mutual passions such as guns and hunting.

Duterte said on Friday one of the top priorities of his trip was to secure Russian precision-guided bombs to use on Islamic militants in the southern Philippines.

"If they can spare us with the precision guided (bombs)," Duterte said when discussing the purpose of his trip.

"We have so many smart bombs but not as accurate."

Duterte's seeking of weapons from Russia comes as he dials down cooperation with the United States, the Philippines' former colonial ruler that has for decades been its most important military ally and protector.

He has scaled down the number and scope of annual military exercises with the US, barred Filipino forces from joint patrols in the disputed South China Sea, and called for the withdrawal of American troops from the Philippines.

The shift occurred as China has become more assertive in challenging US might in the region by expanding its presence in the South China Sea, which it claims almost in its entirety.

Despite China's expansionism extending into areas of the sea claimed by the Philippines, Duterte has been determined to pivot his nation's foreign policy away from the United States in favour of Beijing and Moscow.

This has partly been due to China and Russia supporting or at least not criticising his controversial war on drugs, which has left thousands of people dead and led to warnings by rights groups that Duterte may be orchestrating a crime against humanity.

Duterte has railed against the United States, particularly when Barack Obama was president, for criticising the drug war.

On a state visit to China last year, Duterte announced the Philippines' "separation" from the United States.

"I've realigned myself in your ideological flow and maybe I will also go to Russia to talk to Putin and tell him that there are three of us against the world -- China, Philippines and Russia. It's the only way," he said in Beijing.

Duterte, who describes himself as a socialist, and Putin first met on the sidelines of an Asia-Pacific summit in Peru last November.

"Historically, I have been identified with the Western world. It was good until it lasted. And of late, I see a lot of these Western nations bullying small nations," Duterte told Putin then.

Since then, two Russian Navy flotillas have visited Manila.

"The Russians are with me, I shall not be afraid," Duterte said while touring the Russian Navy's guided missile cruiser Varyag during a port visit to Manila last month.

This was partly due to the Philippines' alliance with the United States.

Relations remain at the "nascent stage", but this will change, assistant Philippine foreign secretary Maria Cleofe Natividad told reporters in a briefing on Duterte's trip to Russia.

"We consider this visit as a landmark that will send a strong message of the Philippines' commitment to seek new partnerships and strengthen relations with non-traditional partners," she said.

Duterte visiting Moscow will be a "propaganda victory for Putin and a soft-power coup for Russia," Richard Javad Heydarian, a foreign policy analyst in Manila, told AFP.

"It will be their way of poking the eye of America."