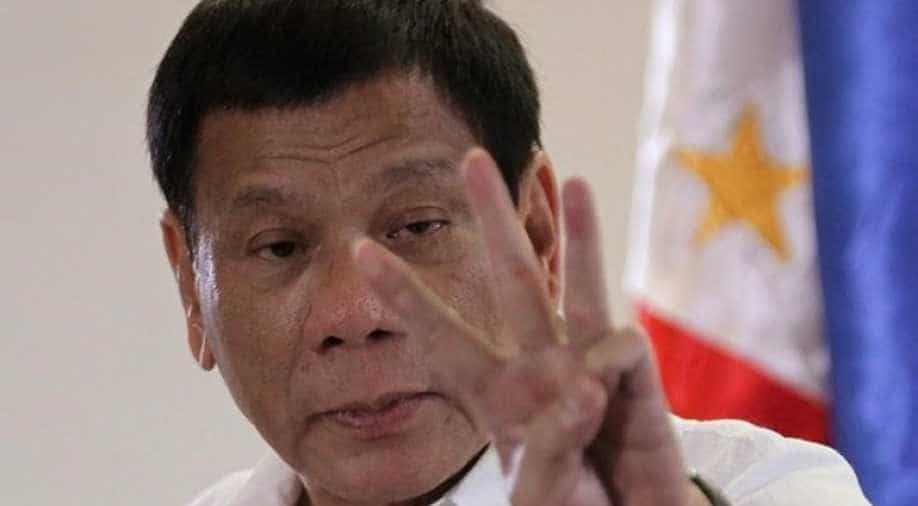 On the man-made islands, Duterte said: "If it was really a serious concern, then the United States should lead the way and stop it." Photograph:( Reuters )

Philippine President Rodrigo Duterte has put the onus of stopping the rapid construction of man-made islands and increasing militarisation in the South China Sea on the US.

According to news agency Reuters, Duterte suggested that the failure by US to stop China from continuing building islands in the South China Sea showed there was no serious concern about the issue.

In July this year, the Permanent Cout of Arbitration in The Hague had ruled in favour of Philippines in an arbitration case against China over territorial rights in the South China Sea contained within an area that China calls the "Nine-Dash Line".

China refused to acknowledge the verdict.

During Duterte's presidency, Philippines has gravitated towards China. He has expressed his willingness to mend ties with Beijing to benefit from improved economic relations between the two countries.