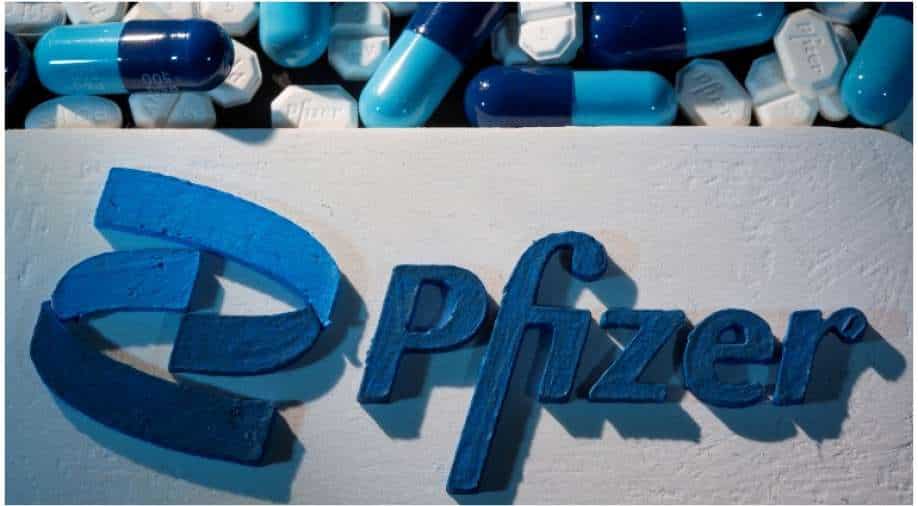 FILE PHOTO: A 3D printed Pfizer logo is placed near medicines from the same manufacturer in this illustration taken September 29, 2021. Photograph:( Reuters )

Pharma major Pfizer said on Tuesday that clinical trials showed that its Covid pill drastically reduces probability of hospitalisation and death among at-risk people. The reduction was pegged by the company to be at 90 per cent.

The announcement came as a real-world study from South Africa showed two doses of the Pfizer-BioNTech vaccine was 70 percent effective in stopping severe illness from the new variant, a result called encouraging by researchers, though it represents a drop compared to earlier strains.

Data for the new pill, which hasn't yet been authorised anywhere in the world, came from more than 2,200 volunteers, and backed up preliminary findings announced last month.

The American drugmaker said its treatment, called Paxlovid, also held up against the Omicron variant in lab-testing.
Pfizer CEO Albert Bourla told CBS News the drug was a "game changer," and he expected the US Food and Drug Administration (FDA) to give its green light as soon as this month.

The trial showed that the pill reduced the need for hospitalisation in high-risk adults with Covid-19 by 89 percent if the treatment was given within three days of symptom onset and by 88 percent if given within five days.

Overall, there were 12 deaths in the placebo group, and none in the drug group.

Side-effects were found at comparable rates between the treatment and placebo groups (23 percent and 24 percent, respectively), and were mostly mild.

Paxlovid also reduced the risk of severe disease, as well as the amount of virus detected, in a separate study of people at normal risk -- but the results were on the edge of statistical significance and need further confirmation.