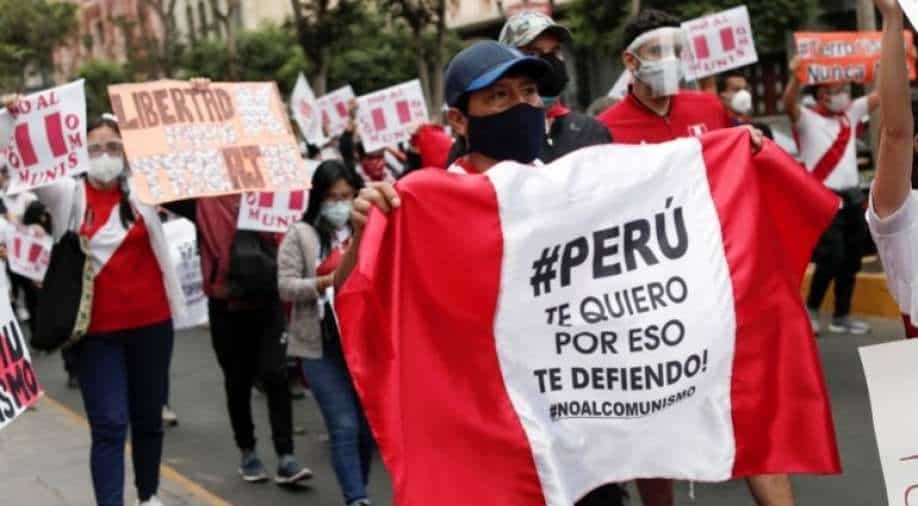 The election, could tilt the country, sharply to the left or bring the controversial Fujimori family back to power

Peruvian socialist Pedro Castillo and right-wing opponent Keiko Fujimori are neck-and-neck in the polls just one week ahead of the Andean copper-producing country's polarized presidential election on June 6.

A poll from Ipsos Peru on Sunday showed the two candidates within 2 percentage points of each other and the gap between them narrowing versus the pollster's previous survey, suggesting a tight race in the crossroads vote for the country.

The election, amid one of the world's toughest coronavirus outbreaks and a sharp economic plunge, could tilt the country, a relative investor safe-haven in Latin America, sharply to the left or bring the controversial Fujimori family back to power.

Former president Alberto Fujimori, Keiko Fujimori's father, is currently serving a long jail sentence for corruption and human rights abuses. Keiko herself is facing an ongoing investigation into alleged corruption that she denies.

The survey was carried out on May 28 and included 1,526 people, with a margin of error of 2.51 per cent. Undecided voters made up 18 per cent of those surveyed, down from 23 per cent in the previous poll.

"It could be said that both contenders are in a statistical tie. However, taking other studies into account, it would be more appropriate to say that they are getting closer," said Ipsos CEO Alfredo Torres.

Another poll released on Sunday, in this case by the Peruvian Studies Institute (IEP), showed that voting intentions towards Castillo dropped to 40.3 per cent from a previous 44.8 per cent, while the support for Fujimori advanced to 38.3 per cent from 34.4 per cent.

As the election race has heated up, thousands of Fujimori supporters marched through Lima on Saturday night to reject what they called Castillo's "communism", while last week another march saw people protest against Fujimori and corruption.

Peru's markets rose on Friday after a poll showed the race tightening. Castillo, who was a shock winner of the first-round vote, has sent jitters through markets and miners worried about more potential state intervention.