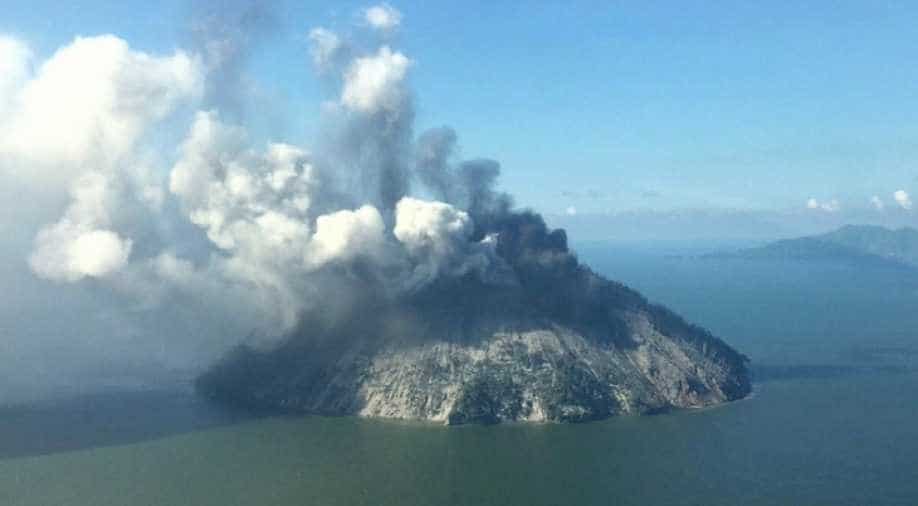 About 1,500 people are being evacuated from an island off the northern coast of Papua New Guinea (PNG) after a nearby volcano erupted, the local Red Cross said on Sunday.

A volcano on the island of Kadovar, located about 24 km (15 miles) north of the Papuan mainland, began erupting on Jan. 5. That prompted the evacuation of 590 people on Kadovar to the nearby island of Blup Blup.

After venting ash for several days, the volcano exploded on Friday, blasting out glowing red rocks and sulphur dioxide, the Rabaul Volcanological Observatory said in a bulletin. The PNG government then decided to evacuate Blup Blup as well because of issues with supplying people on the island along with the danger from the eruption.

The evacuees are being moved to the mainland and the International Red Cross is providing about 87,000 kina ($26,274) in funding to help them, said PNG Red Cross Secretary General Uvenama Rova by telephone from the capital of Port Moresby.

"The people there, as the volcano erupted, they rushed immediately to escape. So they are in immediate need of food, water, shelter and clothing as well," he said.

In the latest bulletin issued on Sunday, the Observatory said a dome of lava on Kadover was visible in the sea at the base of thick white steam clouds that are rising to 600 metres (1,969 feet) above sea level.

Australia's Foreign Minister Julie Bishop announced on twitter that the Australian Government was contributing A$25,000 ($19,775) worth of humanitarian supplies for those affected.

There are no confirmed records of a previous eruption of Kadovar, said Chris Firth, a vulcanologist at Macquarie University, but scientists speculate it could have been one of two "burning islands" mentioned in the journals of a 17th-century English pirate and maritime adventurer, William Dampier.