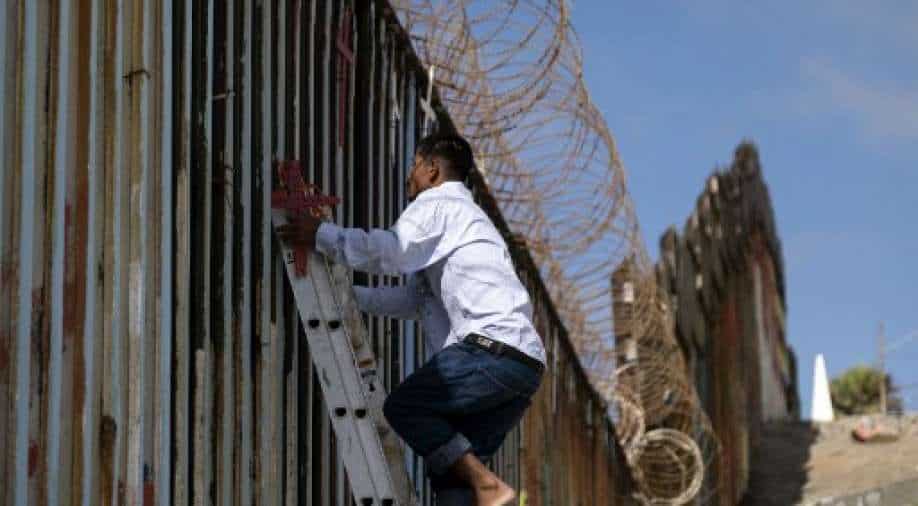 A migrant at the US-Mexico border Photograph:( AFP )

According to reports, the US Department of Defence has denied a request to the Washington mayor for National Guard to assist in the reception of migrants arriving from across the border.

Washinton DC's Mayor Muriel Bowser had requested federal agencies for National Guards after undocumented migrants flooded the state from Arizona and Texas. Migrants from the US-Mexico border have been flooding the US in recent weeks.

The White House this week warned Abbott against "meddling" in federal affairs after the Texas governor authorised state law enforcement officers to detain migrants who had illegally crossed the border from Mexico.

In June, at least 50 undocumented migrants were found dead in an abandoned truck near the Texas city of San Antonio as President Joe Biden blamed "criminal" professional smugglers" for the tragedy. The US Department of Homeland Security opened criminal investigation into the incident. Migrants from El Salvador, Honduras, Mexico and Guatemala, were also found inside a tractor-trailer at a highway checkpoint in Laredo, Texas and several more near Sierra Blanca.

The US Supreme Court had ruled that undocumented migrants do not have the  constitutional right to a bond hearing that could permit their release after spending six months in detention. Three years ago, the lower court had declared that the migrants had the right to be heard after being held for six months.