Patients tied to beds in Brazil as country runs out of sedatives: Reports 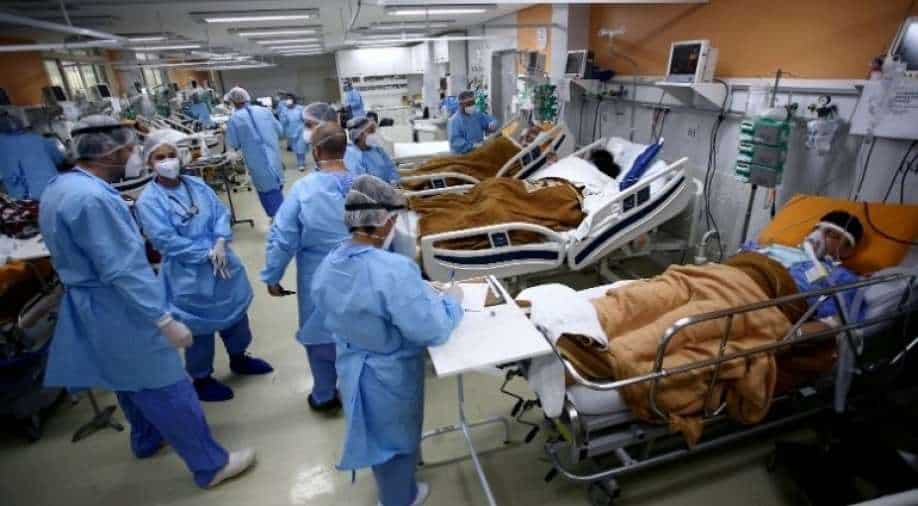 The coronavirus crisis in Brazil is not seeming to end, and now reports are coming in from the country suggesting that many hospitals are running out of sedatives.

News agency Associated Press reported that several reports are coming to the fore saying medical professionals are being forced to intubate patients without the use of sedatives.

For the unversed, intubation is a process in which a ventilator helps a patient to inhale oxygen when the body struggles to breathe on its own.

A doctor at the Albert Schweitzer municipal hospital said health workers diluted sedatives for days to increase the stock.

However, when they ran out of it, doctors and nurses started using neuromuscular blockers and tying patients to their beds, the doctor added.

"You relax the muscles and do the procedure easily, but we don’t have sedation," the doctor said.

Rio de Janeiro and Sao Paulo have both raised concerns over the lack of sedatives, with Sao Paulo's Health Secretary saying the city's ability to nurse severe Covid-19 patients is on the brink of collapse.

Meanwhile, Health Minister Marcelo Queiroga said the country is engaging with Spain and other nations to get emergency drugs.

He added that hospitals were also struggling to get enough oxygen.