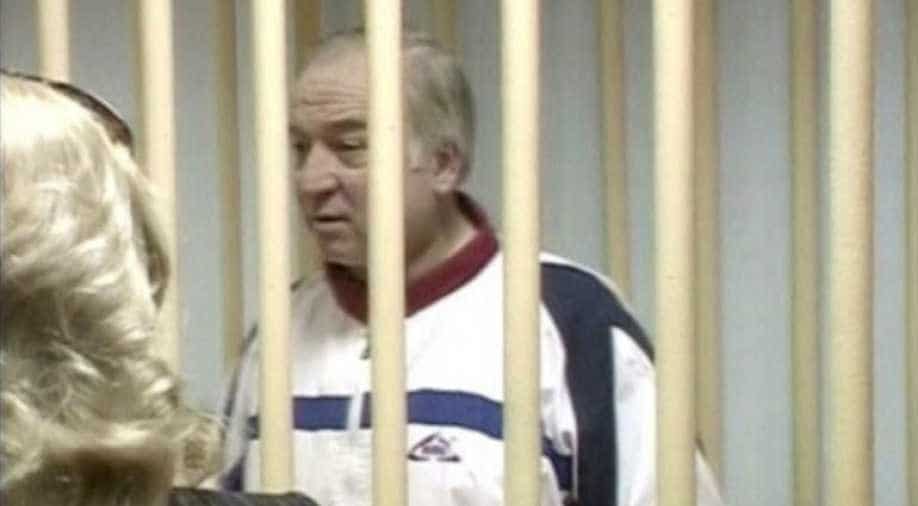 A still image taken from video shows Sergei Skripal attending a hearing at the Moscow court, in 2006. Photograph:( Reuters )

What was the rationale behind the poisoning of Sergei Skripal in Salisbury?

In an amusing, yet undiplomatic tweet following the poisoning of Sergei Skripal, a former Russian double agent, the Russian Embassy in London valorised the temperature of Russia-UK relations at-23, referencing the expulsion of 23 Russian diplomats from Britain.

Skripal and his daughter, Yulia, were poisoned with a nerve agent on March 4 and found unconscious on a public bench in Salisbury, UK.

While unified in their condemnation of Russian state leadership for this act, the perceived rationale for the attack generally takes on two different forms — both of which do not make much sense from a Russian perspective.

First, the assassination attempt served to solidify the margin of electoral support ahead of the Russian presidential elections, which took place on March 18.

Second, the attack was meant to send out a message that traitors do not go unpunished. However, these motives are difficult to uphold, and it is also hard to justify Russian President Vladimir Putin’s involvement from a geopolitical viewpoint. These considerations should have caused the United Kingdom and its allies to reserve judgment until all evidence was collected.

Regarding the first rationale, it has been widely considered that Russian leadership was trying to provoke a response from its citizens. The argument goes that the attack was meant to ensure a strong counter-reaction to the expulsion of its diplomats, which would then translate into an uptick in national pride and greater support for Putin at the elections.

The difficulty with this argument is the timing of the assassination attempt. According to Professor Gerd Mangott of the University of Innsbruck, “The poisoning of Skripal could not have in any way influenced voting behavior and turnout, as it was too close to the elections.” Indeed, the elections were certainly in the spotlight, but at no point in time did its outcome — another landslide victory on Putin’s resume — come into question.

A message to traitors

With that being said, it seems that Russia could have chosen a more opportune moment for messaging, perhaps at a much earlier point in time.

Skripal had been living on British soil for eight and a half years prior to the attack and previously served prison time in Russia for treason. Russia could have chosen a less risky approach to punish Skripal rather than endangering UK residents.

The history of Russian assassination attempts in Britain reveals that using nerve agents such as the Novichok used on Skripal and his daughter is not in the spirit of the Russian modus operandi.

Moreover, there are a lot of “firsts” involving the poisoning, and none of them bode well for Russia: first nerve gas attack on European soil after World War II first time collaterals were involved and the first time that not only the target but the broader public were exposed to danger.

Most of all, the case of Skripal is baffling for strategic considerations. Relations between Russia and the United States along with its allies have been strained ever since Moscow’s annexation of Crimea in 2014.

The Russian strategy has been to split Western unity through the support of domestic political options favoring closer engagement with Russia (anti-establishment and populist) and influencing votes, as seen with the Brexit referendum and the 2016 US presidential election.

The failure of this assassination attempt not only affects relations with the United Kingdom but the entire Western alliance. Russians were aware that a chemical nerve agent attack on British soil would have forced the UK to take a hardball stance, and it seems more likely that the Russians would have held off on potentially aggravating its adversaries over further undercover activities and alienating itself in the process.

What is most clear at the moment is the imprudent diplomatic reactions on both sides following the poisoning. While the United Kingdom levied attacks on Putin based on international law, it decided to circumvent the involvement of the Organisation for Prohibition of Chemical Weapons in early stages and have an independent specialist analyse the blood sample under article 9 of the Chemical Weapons Convention.

The Russians, on the other hand, did nothing to offer support and compassion, but jumped right into counter-accusations, lending no credibility to their case either.

At the end of the day, this incident will not reflect favorably on cooperation between Russia and the Western bloc for the foreseeable future.

*Damir Kurtagic is a Europe fellow at Young Professionals in Foreign Policy (YPFP). He is a Brussels-based scholar and has previously worked with the European Economic and Social Committee, the UN Development Program in Bosnia & Herzegovina, and the UNIDO headquarters in Vienna, Austria.