Majority of French people do not want Macron's party to have majority in parliament elections: Opinion poll 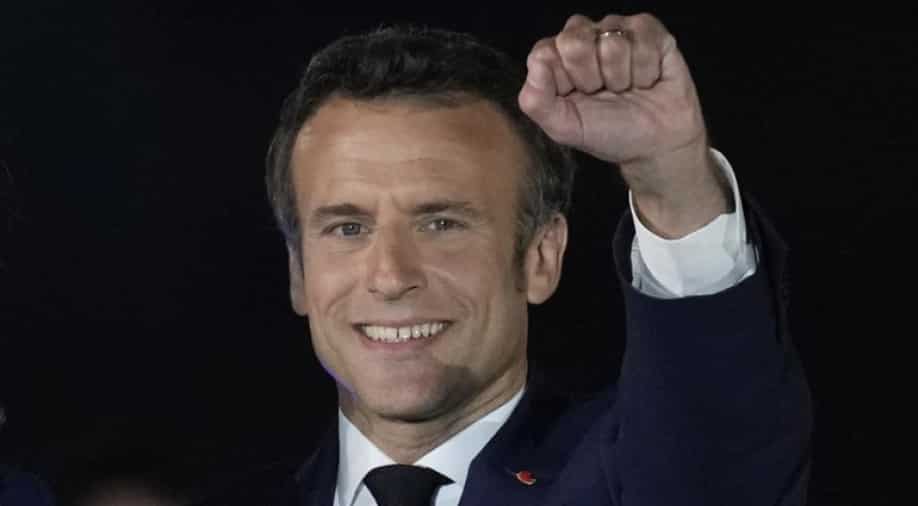 An Elabe opinion poll on Wednesday (April 27) said that a majority of French people do not want President Emmanuel Macron's party to have a majority in parliament elections.

The poll shows that almost 69 per cent of working-class voters are in opposition to Macron's La République En Marche (LREM) party.

Macron will be forced to make a coalition agreement with other parties if LREM and its Modem party ally do not win a majority.

This will lock or water down many of the reforms that Macron wants to push through as per far-left leader Jean-Luc Melenchon.

Following Macron's weekend re-election victory, a disgruntled onlooker hurled a bunch of tomatoes at him.

Paving the way for Macron's second term to start next month, the results of the election will be certified by France's Constitutional Council later on Wednesday.

According to Tara Varma, who heads the Paris office of the European Council on Foreign Relations think tank, his victory “means the pursuit of an ambitious project for Europe.”

“He will be advocating to double down on the European sovereignty agenda: on tech, on defence, on fighting economic coercion,” she said.

Macron is expected to name a new prime minister and government in the coming days, with an eye on parliament elections in June.

He said, "I will appoint someone who is committed to social and environmental issues and is productive."

There has been speculation that a woman could head the French government for the first time since Edith Cresson in 1991.