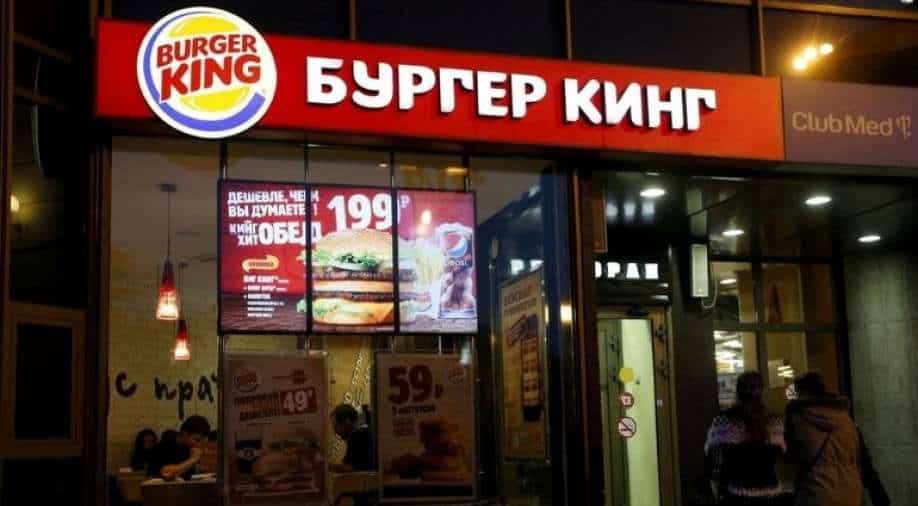 Burger King's rival, McDonald's has temporarily closed all 847 of its restaurants in Russia, increasing pressure on other global brands to pause operations in the country following Moscow's invasion of Ukraine

Burger King has said that the operator of its Russian restaurants has 'refused' to close businesses.

The burger chain, owned by Restaurant Brands International (QSR), has a joint venture partnership with businessman Alexander Kolobov in Russia.

RBI’s International President David Shear said in a statement, ''I know that many of you have been following the horrifying attacks on Ukraine. There have been a lot of media reports about brands continuing to operate in Russia and internally, we have been working around the clock to do all the right things.''

Restaurant Brands International Inc said that to enforce its contracts with the partner, Alexander Kolobov, it would need the help of the Russian government, but "we know that will not practically happen anytime soon," according to a letter to employees from Shear.

"Would we like to suspend all Burger King operations immediately in Russia? Yes. Are we able to enforce a suspension of operations today? No," Shear wrote in the release.

Shear's long letter and Kolobov's response highlight the many complications bedeviling some American fast-food brands as they try to halt operations in Russia following Moscow's invasion of Ukraine.

It also exposes what can become a point of weakness in international franchising, which is how most American restaurant brands expand overseas: the relationships with their independent operators.

Burger King's rival, McDonald's has temporarily closed all 847 of its restaurants in Russia, increasing pressure on other global brands to pause operations in the country following Moscow's invasion of Ukraine.

"When McDonald's moved into the Soviet Union, it was part of a message of opening up and building trust and cooperation between Russia and the West. And now those avenues have all been closed off. And so Russia's having McDonald's exit that market really brings a bookend or close to that era. And we're kind of standing in, symbolically at least, a new era of division between Russia and much of the rest of the world," said Paul Musgrave, assistant professor of political science at the University of Massachusetts Amherst.

" I think there is going to be a little bit of a noticeable hit to McDonald's bottom line. In their 2020 annual report, they had $500 million of assets denominated in rubles that they had to look out for. International business accounts for more than half of McDonald's corporate revenue. Russia is a smaller part of that, but it is a real part of it. So there is a real hit, " Musgrave said.