Omicron: What it takes to understand a variant 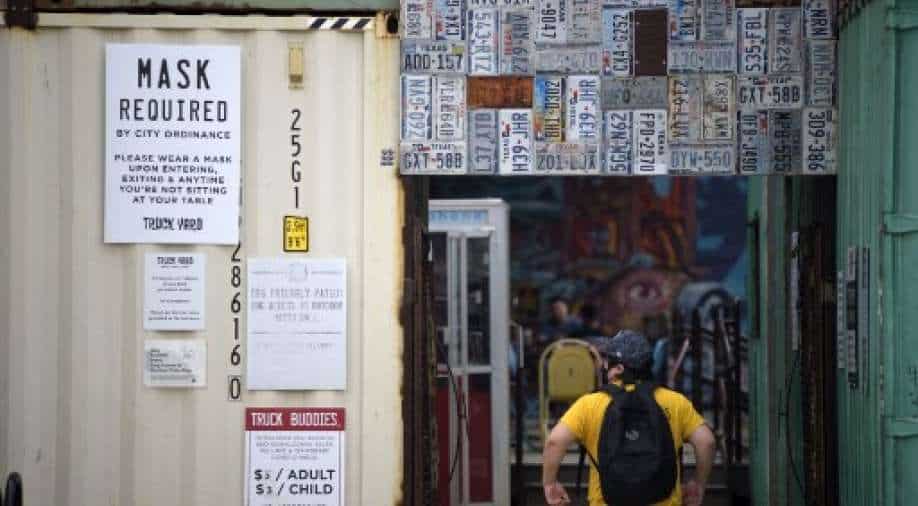 Omicron now accounts for 73 per cent of new Covid cases, a rise of about 3 per cent since last week Photograph:( AFP )

Researchers are closely monitoring countries that have higher levels of Delta than South Africa had when Omicron took off there.

Scientists have moved quickly since the World Health Organization designated omicron a variant of concern in late November. Observations arrive in rapid succession, often posted straight to social media without peer review or the caveats and uncertainties that would be noted in published papers. Watching science unfold in real-time can be confusing and misleading.

“We are going to see a couple of weeks of every day, new information, new studies,” said Dr. Soumya Swaminathan, chief scientist at the WHO. “One study is not going to really prove anything.”

So what do researchers need to do in the weeks and months ahead to better understand omicron — and any future variants — and how should we gauge their progress? Here’s a guide for following along.

Omicron was first identified in South Africa in late November, and cases there soon began to rise faster than during previous waves.

South Africa’s public health agency estimates that omicron has accounted for the majority of its coronavirus cases in recent weeks, based on the genomic sequencing of a small share of its positive test samples.

Case counts are also rising quickly in Britain, Denmark and Norway, where omicron is likely to become dominant. The United States is also facing a rise in cases, and low but increasing levels of the variant have been detected. Omicron cases are expected to rise further, but, for now, the delta variant remains dominant in America.

But genomic sequencing has some challenges: It is time-consuming, and it takes at least a week for results to emerge. Some countries perform more sequencing than others. It can also be biased, especially in the early days of monitoring a new variant.

Test manufacturers and government researchers have also said that omicron does not appear to decrease the ability of the most commonly used PCR and rapid at-home tests to identify virus cases.

Researchers are closely monitoring countries that have higher levels of Delta than South Africa had when Omicron took off there. Look for additional sequencing data from Britain, Europe and parts of the United States in the coming days.

A variant’s spread is measured by its reproduction number, which indicates how many people are expected to catch the virus from a single infected person. Estimates show that the reproduction number in South Africa has been higher in December than at any other point except for the start of the pandemic.

This high reproduction number suggests that omicron might spread more easily than earlier variants and that it may evade some of the protections offered by vaccines and previous infections. Modellers have found that omicron may be several times as transmissible as delta in South Africa, according to the WHO.

Researchers in Britain and Denmark, countries with higher incidences of Delta than South Africa, have drawn similar conclusions, and modellers estimate that Omicron cases are doubling in these locations every two to three days, much more quickly than the Delta variant.

But experts say it may take weeks or even months for the scientific community to better understand why omicron seems to be more contagious. Researchers are working to determine whether the variant’s characteristics make it more transmissible by nature or whether its many mutations might help it evade immune systems primed by vaccines or previous infections.

Much of the data on omicron’s spread has come from South Africa and Britain, but expect more analyses from Europe and the United States in the days ahead.

Investigate protection afforded by prior infections and vaccines

There is some early evidence that omicron might reinfect people more easily than the Delta variant. The first data to examine this came from South African scientists and similar trends have been found in Britain, but experts stress that reinfections should be monitored over longer periods of time and in a variety of populations.

A number of research labs have also begun to test how antibodies induced by vaccines and prior infections compete against omicron. After combining the variant with blood samples from vaccinated, boosted and previously infected people, the scientists watch to see how many antibodies attack the virus.

Early data suggest that people who have received two doses of an mRNA vaccine have decreased antibody levels against omicron compared to delta, but that vaccination combined with prior infection — or vaccination plus a booster — still provides reasonable protection. Health officials are encouraging people to get booster shots to increase their defenses against omicron.

Antibodies are just one component of the body’s immune system. T cells, another line of defense against the virus, are thought to be more protective against severe illness. Several researchers have shown that T cells are still likely to recognize omicron and maintain their protective power against severe disease, hospitalization and death, even as the virus mutates.

Scientists must also monitor how effective vaccines and booster doses are in the real world, because lab tests can’t recreate the full complexity of the human immune system. In contrast to lab studies, vaccine effectiveness studies follow large numbers of people over an extended period of time.

As more omicron cases emerge, researchers will work to estimate the effectiveness of different combinations of vaccines and boosters across different age groups. It will most likely take months to glean all these answers.

It is not yet known whether omicron’s many mutations will make the variant more or less severe than earlier versions of the virus. Although it has a higher number of mutations than previous variants of concern — it has about 50, many of them in the part of the virus that our immune defenses target most directly — some of those mutations might work together or cancel each other out.

Scientists can’t begin to estimate a variant’s severity until a few weeks after infections rise, when people are most likely to experience hospitalization and severe illness. But Omicron is just beginning to spread globally, and data on severity is scarce.

It’s just about time to look to South Africa, where Omicron has been circulating for several weeks. So far, limited data from parts of the country indicate that hospitalization rates and deaths are low. But many of the hospitalized people in these regions have been young, and it’s not yet clear if the mild outcomes seen in South Africa are because younger people are less likely to get extremely sick or die from the disease. Immunity from prior infection or vaccination could also result in milder illness.

Experts say that before more general conclusions can be drawn, more data are needed from other parts of the world, in populations of different ages and with different levels of immunity. It’s worth noting that several months into a global surge of the delta variant, researchers are still debating whether that variant is more virulent.

The manufacturers of treatments for severe COVID are testing whether their interventions will remain effective. Many are expected to, according to the WHO, but monoclonal antibodies may not perform as well. The makers of Regeneron have said that their antibody treatment might be less effective against omicron but that tweaks to the drug could be made if needed.

In the coming weeks, expect to see more data on hospitalizations from South Africa, Britain and Europe, the places first impacted by Omicron. Even if early signs continue to suggest that omicron is milder than previous variants, its higher transmissibility may still tax hospitals as infections surge.