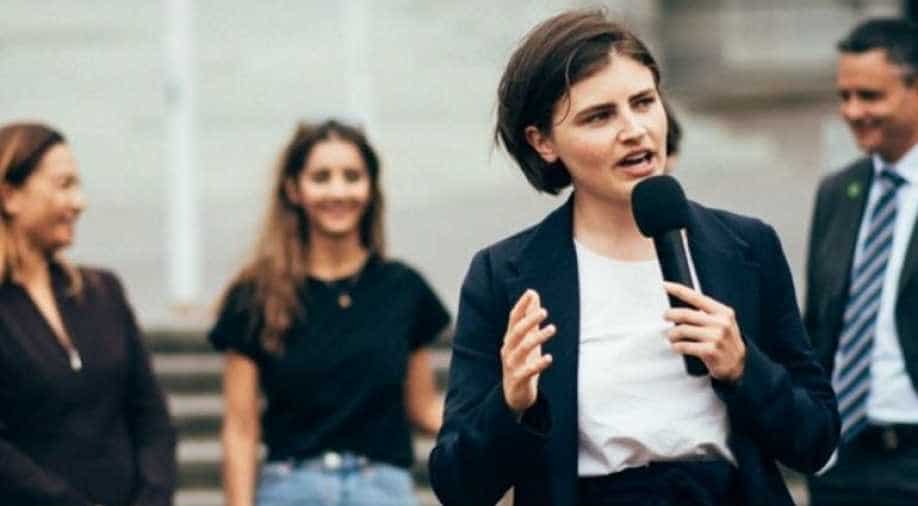 Green Party MP Chloe Swarbrick used it to hit back at interjections while speaking this week in support of a bill to reduce New Zealand's greenhouse gas emissions.

With the quickfire putdown "OK, boomer", a 25-year-old New Zealand politician dismissed a heckler during a speech about climate change, highlighting the generation gap between herself and other MPs in a clip that has gone viral.

The catchphrase is used to dismiss out-of-touch, condescending or closed-minded attitudes associated with the baby-boomer generation and older people more generally.

In recent months, "OK, boomer" has gained traction as a meme on apps like TikTok that have a predominantly young user base.

Green Party MP Chloe Swarbrick used it to hit back at interjections while speaking this week in support of a bill to reduce New Zealand's greenhouse gas emissions.

"How many world leaders for how many decades have seen and known what is coming, but have decided that it is more politically expedient to keep (climate change) behind closed doors?" she said.

"My generation and the generations after me do not have that luxury.

As she spoke, another MP began to heckle her and Swarbrick fired back: "OK, boomer."

The retort, referencing people born in the "baby boom" period of 1946 to 1964, flew over the heads of MPs in the house at the time.

But when clips of the moment were shared on social media, messages of support for Swarbrick streamed in from the Millennial generation, born between the early 1980s and mid-90s, and the even younger Generation Z.

The moment made headlines in mainstream publications worldwide which referred to Swarbrick fending off a heckler with a "viral quip".

Swarbrick told news website Stuff.co.nz that the meme "is symbolic of the collective frustration that young people in particular feel to placing evidence in fact time after time in the debate... and being met with dogma."

The phrase acknowledges that "you cannot win a deeply polarised debate, facts don't matter," she said.