Obama says, if need be, he will speak out on Trump after leaving office 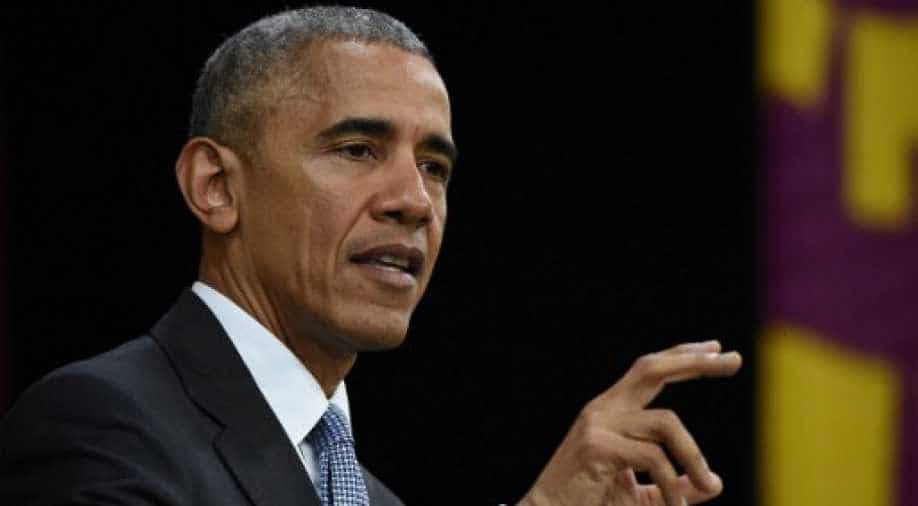 Obama's words go against convention. Most US presidents tend not to comment on their successors Photograph:( AFP )

President Barack Obama has asked people to give Donald Trump time and space to build his team, but has said he would speak out if the US's core values are threatened.

Obama was speaking at a press conference in Lima, Peru to mark the end of the Apec summit.

"I want to be respectful of the office and give the president-elect an opportunity to put forward his platform and his arguments without somebody popping off," Obama said, amid concerns about Trump's administration picks and public statements.

But, he added that if there is something that "goes to core questions about our values and our ideals, and if I think that it's necessary or helpful for me to defend those ideals then I'll examine it when it comes."

Obama's words go against tradition, with most former US presidents choosing not to comment on their successors.

Obama also reiterated that he and his team would give incoming President Trump the utmost support to help with the transition, in the same manner that George W Bush and his team had done with Obama.

The outgoing president also underpinned the importance of the US, saying: "The main advice that I give to the incoming president is the United States really is an indispensable nation in our world order."

The United States' ability to uphold "international norms and rules. That's what's made the modern world," Obama said, admitting that Washington had not always fulfilled its own ideals, but remained vital to global security.

"Here in Latin America there's been times when countries felt disrespected and on occasion had cause for that."

But he argued history served as a warning for those imagining or flirting with a revised global order.

"Take an example like Europe before that order was imposed. We had two world wars in a span of 30 years. In the second one, 60 million people were killed. Not half a million, not a million but 60 million. Entire continents in rubble."

"We're not going to be able to handle every problem, but the American president and the United States of America, if we're not on the side of what's right, if we're not making the argument and fighting for it even if sometimes we're not able to deliver it 100 percent everywhere, then it collapses."

"There's nobody to fill the void. There really isn't," he said.

'Not optimistic' about Syria

Obama also painted a gloomy picture of the future of Syria, especially after Russia and the Syrian government resumed bombardment of Aleppo last week, which has left scores of civilians dead.

"I am not optimistic about the short term prospects in Syria," Obama said at the press conference.

"Once Russia and Iran made a decision to back (Bashar al) Assad in a brutal air campaign... it was very hard to see a way in which even a trained and committed moderate opposition could hold its ground for long periods of time."