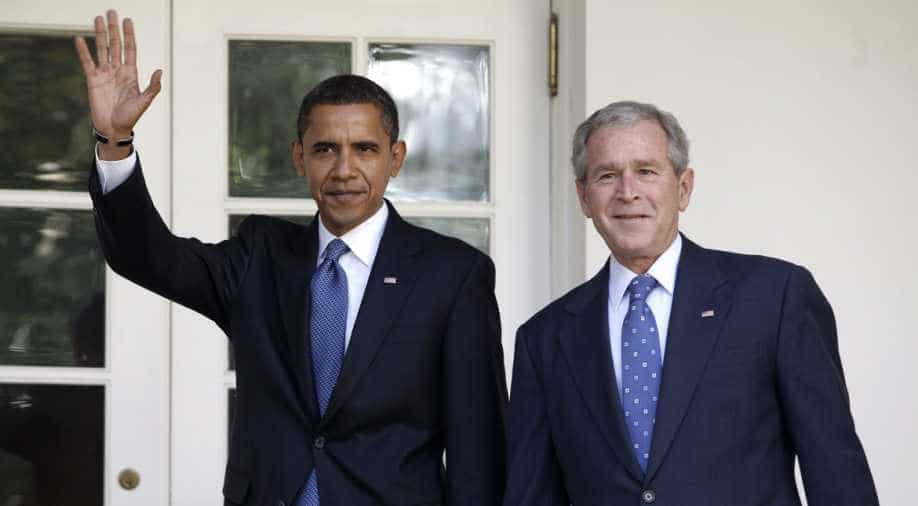 Obama's address to a memorial service for the officers killed last Thursday also followed a series of high-profile police killings of black men in the past two years, including two last week. Photograph:( Getty )

Follow Us
US President Barack Obama urged Americans on Tuesday to shed despair and rise above racial divides to honour five police officers slain in Dallas in a racially motivated attack, even as he admitted that bias remains a persistent national problem.

Obama's address to a memorial service for the officers killed last Thursday also followed a series of high-profile police killings of black men in the past two years, including two last week, that have sparked the most intense debate on race and justice the country has seen since the 1960s civil rights movement.

"I understand how Americans are feeling. But Dallas, I'm here to say we must reject such despair. I'm here to insist that we are not as divided as we seem. And I know that because I know America. I know how far we've come against impossible odds," Obama said at the service that was also attended by Vice President Joe Biden and former president George W Bush.

The five Dallas officers were gunned down by military veteran Micah Johnson, who told police he was angered by police killings of black people. Johnson was killed by an explosive-laden robot sent in by police.

Obama noted that the attack in Dallas came during a protest against racial bias in policing that followed the fatal police shootings of black men in Baton Rouge, Louisiana, and outside St Paul, Minnesota. Obama said no institution was immune from prejudice.

"Perhaps we've heard prejudice in our own heads and felt it in our own hearts. We know that. And while some suffer far more under racism's burden, some feel to a far greater extent discrimination's stain. Although most of us do our best to guard against it and teach our children better, none of us is entirely innocent. No institution is entirely immune, and that includes our police departments. We know this," Obama said.

Obama also praised the police in Dallas and around the country. "When anyone, no matter how good their intentions may be, paints all police as biased or bigoted, we undermine those officers we depend on for our safety," said Obama.

Bush also addressed the packed hall, where five chairs were empty of people, holding folded American flags, in memory of the slain officers. He also sought to strike a note of unity.

"At times it feels like the forces pulling us apart are stronger than the forces binding us together. Argument turns too easily into animosity," Bush said. "Too often we judge other groups by their worst examples, while judging ourselves by our intentions."

After a week when Americans saw video images of angry crowds protesting the police killings of black men and heard the screams of
Thursday's sniper attack on police in Dallas, the memorial ended with Obama, Bush and Dallas' police chief and mayor joining hands in a gathering that crossed racial and party lines as a choir sung a hymn.