Not just roommates: China's LGBTQ couples come out of shadows in national census 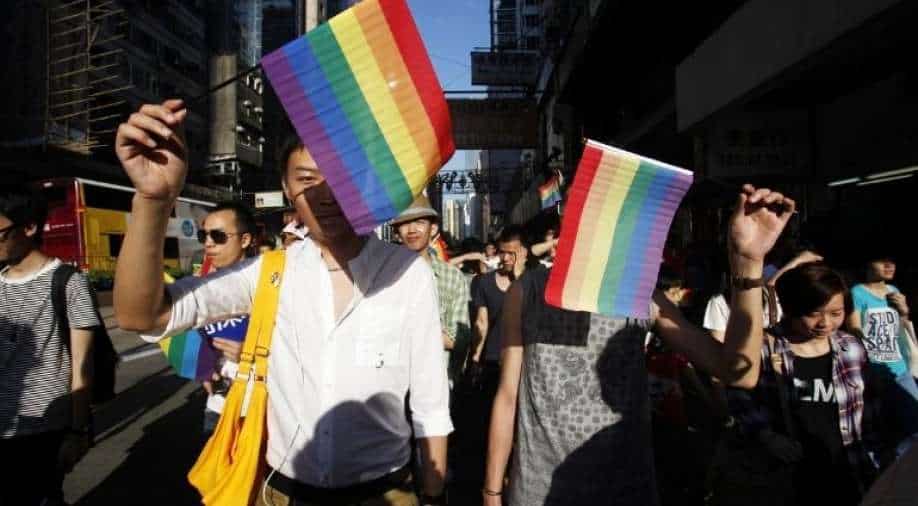 This movement began when a couple marked 'other' under the head of 'relationship to the head of the household', and then wrote 'couple' in the given empty space

China has launched the initiative of capturing the country's demographic changes for the first time in over a decade. The LGBTQ community has used this opportunity to come out of the shadows and officially register themselves as a 'couple', instead of just 'roommates'.

More than seven million workers have started conducting a door-to-door search to measure the changes in the population of nearly 1.4 billion.

When the survey started, the LGBTQ community activists urged the community to come forward and mark their residency relationship as 'couple' rather than 'roommates'. The Guangzhou-based LGBTQ+ Rights Advocacy China has started a campaign to spread awareness about this by using the tag line, "they are not my roommate, they are my partner".

"Usually the LGBTQ+ community in China is invisible in terms of policy making and social life. We hope that through this the government will consider the needs of the LGBTQ+ community as a part of the Chinese population when it makes policies in the future," said Peng Yanhui, director of the group leading the effort. "Through the census, this community can be made visible."

This movement began when a couple marked 'other' under the head of 'relationship to the head of the household', and then wrote 'couple' in the given empty space. "It took a lot of courage and I hope others can also speak out proudly rather than hide," said Ah Qiang, an LGBTQ activist.

The LGBTQ community is hoping this will give them a chance to openly admit their relationship, instead of having to hide behind the shadows due to the fear of facing discrimination. China's LGBTQ community often faces hardship, especially in finding a house to rent, if they openly admit being gay — an issue which has been raised by activists in the past too.

However, things seem to be changing for the community now, as more and more people are opening up to the idea of same-sex marriage and relationships and, excluding a certain population, many locals have now started 'accepting' the LGBTQ community.

This campaign has come as a sigh of relief for the people who have wanted to gain recognition but were unable to. The tagline of 'not just a roommate' and 'they are not my roommate, they are my partner' have helped these couples acknowledge their relationship openly. The movement has also gained traction on social media with many commenting about how they would be doing the same in this year's census survey.