North Korea today blasted US and South Korea as 'warmongers' 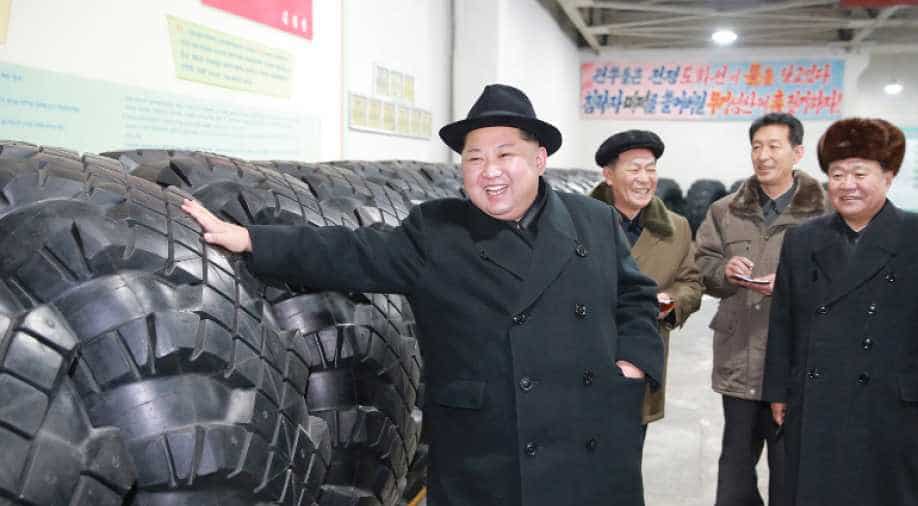 North Korea Sunday blasted the United States and South Korea as "warmongers" on the eve of their largest-ever joint air exercise, saying it could trigger a nuclear war.

The comments came as White House National Security Advisor H.R McMaster warned of the "increasing" possibility of war with the impoverished but nuclear-armed North.

"It is an open, all-out provocation against the DPRK, which may lead to a nuclear war any moment," it said in an editorial Sunday, using the North's official name.

"The US and South Korean puppet warmongers would be well advised to bear in mind that their DPRK-targeted military drill will be as foolish as an act precipitating their self-destruction," it said.

The commentary was published a day after Pyongyang's foreign ministry  accused the Trump administration of "begging for nuclear war" by staging what it called the reckless air drills.

McMaster said the possibility of war with the North was "increasing every day".

"I think it's increasing every day, which means that...we are in a race to be able to solve this problem," he said at a forum on Saturday.

"There are ways to address this problem short of armed conflict, but it is a race because he's getting closer and closer, and there's not much time left," he said.

The North says the Hwasong-15 missile fired Wednesday can be tipped with a "super-large heavy warhead" capable of striking the whole US mainland.

But analysts remain unconvinced that it has mastered the advanced technology to allow the rocket to survive re-entry to the Earth's atmosphere.

The months-long nuclear standoff between Kim and Trump has fuelled concerns of another conflict, after the 1950-53 Korean War left much of the peninsula in ruin.

But even some Trump advisers say US military options are limited when Pyongyang could launch an artillery barrage on the South Korean capital Seoul -- only around 50 kilometres from the border and home to 10 million people.