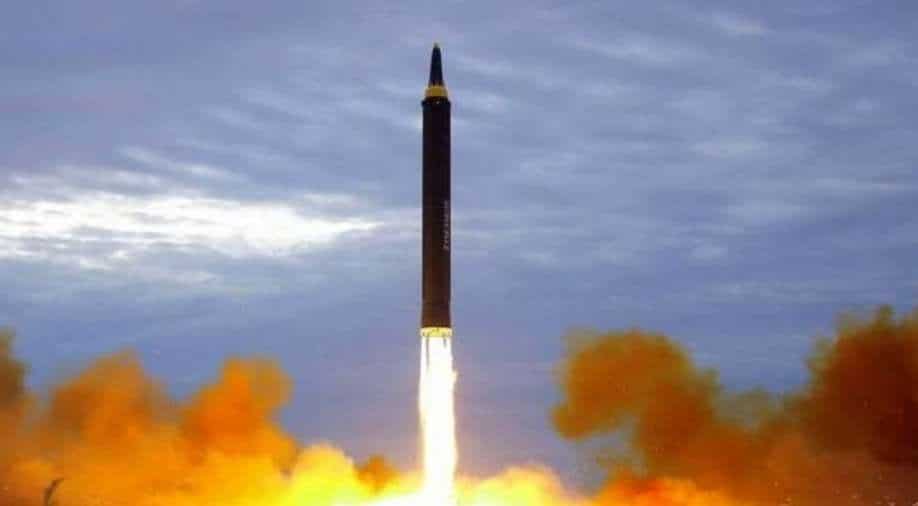 Pyongyang has been showing its military might while refusing US offers of talks, leading to increased tensions and fresh sanctions against the North Korean regime.

"North Korea fired two suspected cruise missiles," South Korea's Joint Chiefs of Staff said in a statement Tuesday. The missiles were fired into the sea off its east coast.

The Joint Chiefs of Staff of South Korea did not specify the range or trajectory of the missiles, but said they were undertaking an analysis with US officials.

While cruise missiles are less dangerous than faster ballistic missiles, they can hit targets with 'great precision,' according to one military analyst.

Also Read: How are hypersonic missiles different, is it the new 'wonder weapon'?

North Korea last tested as many bombs in a month in 2019, following the failure of high-profile talks between leader Kim Jong Un and then-US President Donald Trump.

Pyongyang has launched a new round of sanctions-busting tests this year, including hypersonic missiles, following Kim's reaffirmation of his commitment to military modernization in a key party speech in December.

The test of a tactical guided missile capable of high speed and movement after lift-off, as well as a railway-borne missile system, preceded Tuesday's launch.

As a result of the new sanctions, Pyongyang has increased its weapons testing and hinted last week that it may abandon a years-long self-imposed moratorium on nuclear and long-range missile launches.