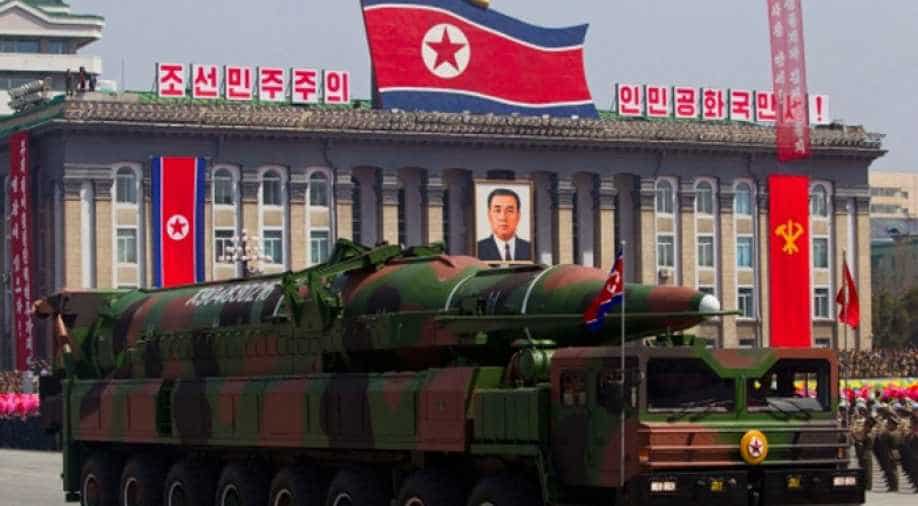 South Korea first reported that an "unidentified ballistic missile (speculated to be a Scud)" was fired from the North Korean coastal city of Wonsan at 5:09 am (2139 GMT)

North Korea fired a ballistic missile on Monday, the South's military and Japan said, a move that ratcheted up tensions over the North's quest to develop weapons capable of hitting the United States.

The test is the latest launch by Pyongyang this year as the isolated regime steps up efforts to develop an intercontinental ballistic missile that can deliver a nuclear warhead to the continental United States.

The missile launches, and Pyongyang's threat to stage its sixth nuclear test, have prompted calls for tougher UN sanctions and a warning from US President Donald Trump that military intervention was an option under consideration.

South Korea's Joint Chiefs of Staff said in a statement that the "unidentified ballistic missile (speculated to be a Scud)" was fired from the North Korean coastal city of Wonsan at 5:09 am (2139 GMT) and travelled in an eastward direction.

"The flight range is about 450km (280 miles)," the statement said, adding that South Korean and US experts were analysing the event for further detail.

"Our country can never tolerate repeated provocative actions by North Korea," he said, condemning the launch.

The regime has carried out two atomic tests and dozens of missile launches since the beginning of last year, with multiple sets of UN sanctions failing to halt its weapons push.

In Washington, a National Security Council spokesman said President Trump had been briefed on the launch.

The United States confirmed that North Korea has test-launched another ballistic missile.

The US Pacific Command said the short-range missile was tracked for six minutes until it landed in the Sea of Japan.

It was not deemed a threat to North America.

Following North Korea's test-firing of what analysts said was its longest-range rocket yet earlier this month, the UN Security Council vowed to push all countries to tighten sanctions against Pyongyang.

But China, the North's main trade partner and ally, has made it clear that the push for diplomatic talks -- not imposing more sanctions -- was the priority.

The United States has said it is willing to enter into talks with North Korea -- but only if it halts its missile and nuclear tests.

North Korean leader Kim Jong-Un has sought to ramp up the country's weapons programme under his rule, saying the regime needs nuclear weapons to defend itself against the threat of invasion.

In all, six sets of sanctions have been imposed on North Korea since it first tested an atomic device in 2006.