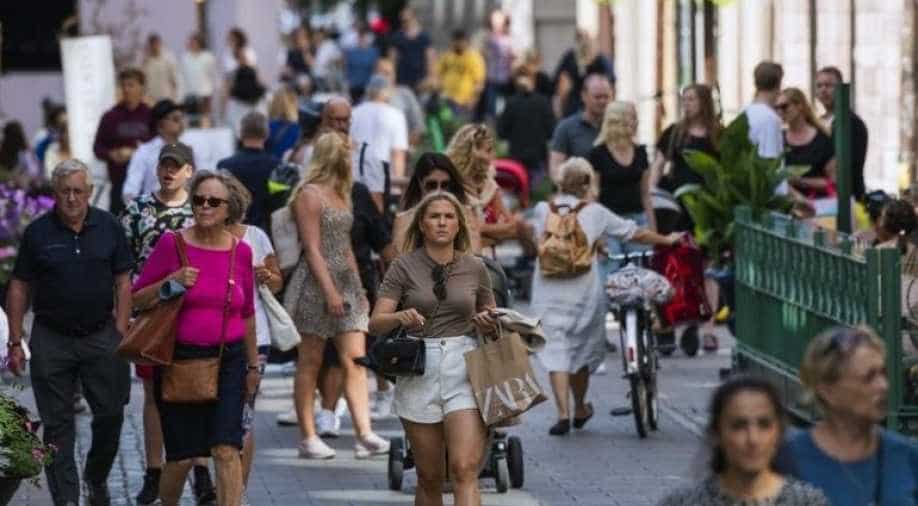 People in Sweden going out in public without wearing masks Photograph:( AFP )

Be it Stockholm, Copenhagen, Reykjavik Oslo, and Helsinki, face masks are hardly seen in buses or supermarkets and only a small minority of people, who are by and large tourists are donning it

At a time when even US President Donald Trump has started wearing masks and encouraging others too to use them, face covers are definitely not preferable in Nordic countries.

Be it Stockholm, Copenhagen, Reykjavik Oslo, and Helsinki, face masks are hardly seen in buses or supermarkets and only a small minority of people, who are by and large tourists are donning it.

A recent survey by YouGov revealed only five to 10 per cent of people in the Nordic nations said they wore a mask in outdoors, a figure that has remained stable since the beginning of the crisis in March, reported news agency AFP.

During the same period, there was a 70-80 per cent rise in most of the other 20 countries that were polled, including India and the US.

Camille Fornaroli, a 21-year-old French student who was shocked to see the rare use of masks in Stockholm, says "if the government doesn't say clearly 'we advise you to wear a mask'".

Sweden has received a lot of criticism globally over its softer approach to control the spread of the deadly virus, however, on the issues of masks, the Nordic nations stand strongly united.

Birgitta Wedel, a 63-year-old pensioner, wants to use a mask if authorities make it official, at least while boarding public transport, but she added she won't be doing that until there is an official measure.

"If they don't... I will not wear it because nobody else does," she said.

KK Cheng, an epidemiologist at the University of Birmingham's Institute of Applied Health Research, adds that there are not many coronavirus cases in these countries, except Sweden, so not making masks mandatory can work if distancing and contract tracing is done properly.

"So I don't blame them for not doing it, as long as they have reasonable social distancing and contact tracing is done properly," Cheng said.

However, on Thursday, Iceland, broke away from its neighbours on this front and announced that masks would become mandatory on domestic flights, public transports, hairdressing salons and ferries.