'No apologies' for saying Putin 'cannot remain in power': US President Biden 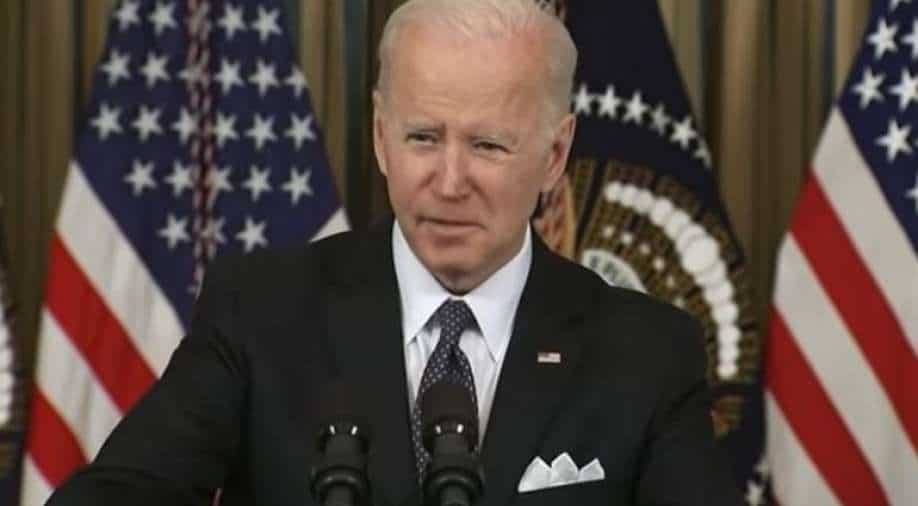 US President Joe Biden appeared to want to both ways when he fielded a barrage of questions Monday asking him to clarify his comment that Russian President Vladimir Putin "cannot remain in power."

US President Joe Biden reiterated his conviction that Vladimir Putin should not be President of Russia, telling reporters that he made "no apologies" for his off-the-cuff remarks.

He stood by his words "expressing moral outrage" but also clarified that he wasn't "articulating a policy change."

"I’m not walking anything back.I was expressing moral outrage, and I make no apologies," he added.

Speaking in Poland at the end of his four-day trip to Europe on Sunday, Biden said of Putin, "For God’s sake, this man cannot remain in power."

The line was improvised at the end of a 27-minute speech by a president known for doing so.

Biden's prepared remarks in the State Dining Room, his first public appearance since his Warsaw speech on Saturday, were about the budget proposal he is sending to lawmakers for the fiscal year that begins in October, but the majority of the questions from the two dozen reporters gathered in front of him were about his impromptu remark.

Also Read in Pics:  History of urban warfare & why Russia will find it difficult to conquer Kyiv

Almost soon afterward, White House officials clarified that the remark did not reflect a shift in US policy, and that Biden was not seeking "regime change" in Russia.

"The president's point was that Putin could not wield authority over his neighbours or the region."

He wasn't talking about Putin's power or regime change in Russia."

However, Biden stressed on Monday that these and other reasons were not a "walk back," and that he was reacting as anyone would after meeting with victims of Putin's assault on civilians in Ukraine, especially children.