Night sky gets illuminated by large meteor in Norway 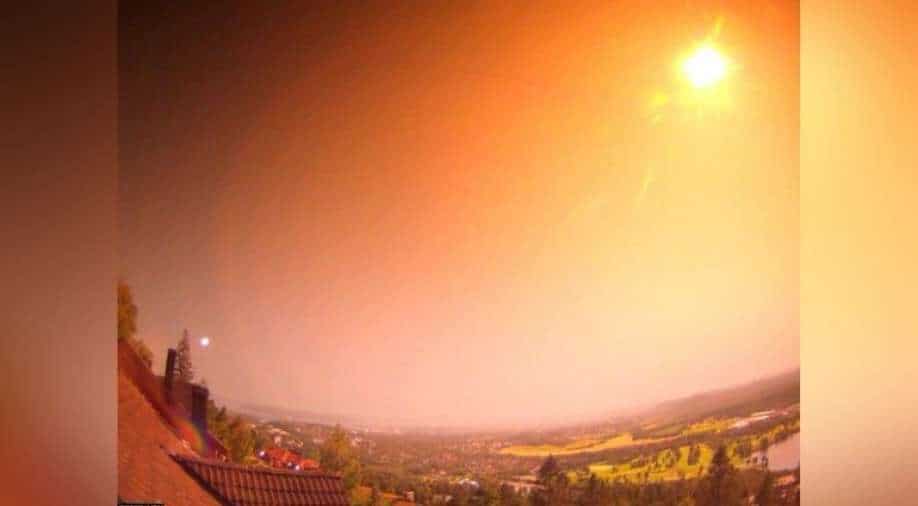 A meteor illuminated the night sky in Norway on Sunday morning. It seems to have also fallen down near Oslo. Some people, who were close to the meteor's path, also felt a shock wave

A large meteor illuminated the night sky in Norway early on Sunday morning. At least some of it seems to have also come rumbling down near Oslo, the capital of the country.

Steinar Midtskogen, a spokesperson for Norwegian Meteor Network, told CNN, “The meteor lit up the sky for a brief time as if broad daylight just after 1 am.”

In an email, Midtskogen said, "A minute later or more a loud rumbling sound could be heard over a large area, perhaps up to 100 km away from where the meteor was seen straight overhead."

Some people, who were close to the meteor's path, also felt a shock wave, Midtskogen added.

"Doors and hatches were blown open and there were gusts of wind. No damage has been reported, though," Midtskogen said.

The meteor seems to have fallen at a distance of around 24 km from Oslo, the expert said.

The spokesperson said as the meteors over Norway are not uncommon, the network has a number of cameras continuously monitoring the sky.

The meteor seems to have fallen in Lier as per preliminary analysis of videos from the cameras, he said.