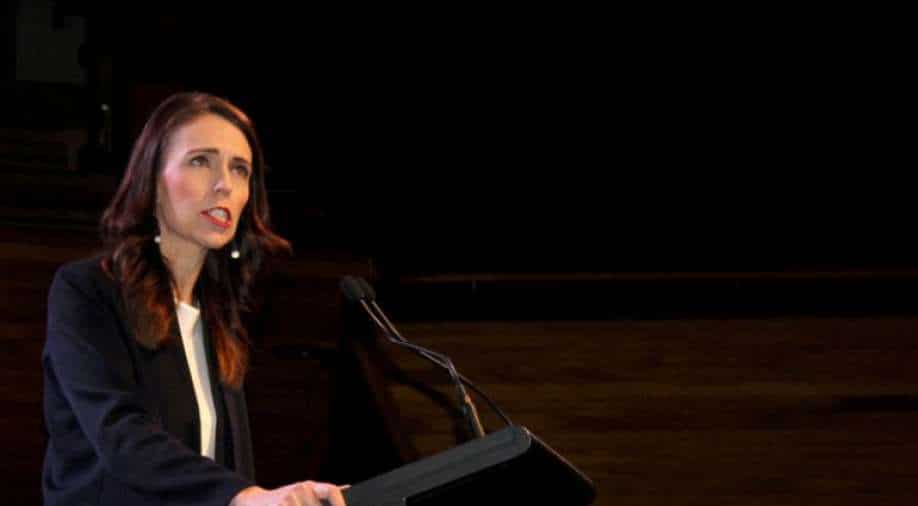 Prime Minister Jacinda Ardern's support fell to 35 per cent, its lowest level since she became prime minister in 2017, according to a 1News Kantar Public poll at the end of January.  Photograph:( Reuters )

New Zealand Prime Minister Jacinda Ardern sought to cool simmering resentment over the slow unlocking of the country's pandemic restrictions on Thursday, a day after police cleared a weeks-long Canada-style protest outside parliament.

Police in riot gear battled protesters late into the night on Wednesday, finally bringing an end to the occupation which, despite acts of violence and extremist elements, helped rally some support for its calls to end pandemic restrictions.

In a special session of parliament to discuss the protest, the most violent in decades in the normally peaceful city, Ardern promised things would change, but gave no timeframe for easing curbs.

Also read | Anxiety and depression cases surged by over 25% due to Covid: WHO

"Our people are coming home. Soon, tourists will return. Vaccine passes, mandates, restrictions – they will all change. There is reason to feel hopeful," she said.

A one-time poster child for tackling the coronavirus, New Zealand's swift response to the pandemic and its geographic isolation kept the country largely COVID-19 free until the end of last year, winning Ardern strong support. Total deaths stand at just 56.

However, anger over vaccine mandates for people working in sectors such as health and education and strict border closures have put pressure on the government to now soften its stance in line with much of the rest of the world.

"Ardern has to weave a path between acknowledging some of the government's mistakes without appearing like the protesters had a point," said Andrew Hughes from the Research School of Management at Australian National University.

A Horizon Research snap poll released on Feb. 18 found 30 per cent of those polled supported the protests and about the same percentage was opposed to Ardern's vaccine mandate policy.

"I'm not anti-vaccine (I'm vaccinated) but I'm definitely against forced vaccinations," Coutts said in a Facebook post two weeks ago.

Ardern refused to meet the protesters, who she said had resorted to violence and bullying.

The country of 5 million has a high COVID vaccination rate, with more than 95 per cent of the eligible population double vaccinated. More than 70 per cent of people have had a booster dose.

COVID-19 cases were restricted to fewer than 15,000 in total by end-2021 through a strict elimination approach, but the arrival of the Omicron variant has seen cases top 20,000 a day, reaching a cumulative total of nearly 150,000 on Thursday.

The government says restrictions that have frayed the public's patience are set to stay in place until at least mid-March when the Omicron surge is expected to peak.

The saga has dented Ardern's popularity since she won a second term in a landslide election victory in 2020.

Her support fell to 35 per cent, its lowest level since she became prime minister in 2017, according to a 1News Kantar Public poll at the end of January. However, Ardern remains the preferred prime minister and her centre-left coalition government is still on course to win the next election in late 2023.

The government has made some changes to its tough stand on borders that prevented many Kiwis from returning home due to a compulsory stay in limited quarantine facilities.

But the border remains closed to foreigners, unlike in neighbouring Australia which relaxed curbs this month.

Ardern said last week that her cabinet may bring forward the entry of foreign tourists from the current proposed date of October but again gave no timeframe.

Watch | The five stages of the covid Pandemic, as told by Dr Anthony Fauci

"But with Omicron the government just seems to have been mentally unprepared for a shift in its approach."