Prosecutors in New York have reportedly set a deadline of 24 hours for former US President Donald Trump to make any last arguments with respect to a case against his family business. A report by the Washington Post on Sunday claimed that criminal charges could be filed against Trump and this could be his last chance to respond.

It was reported on Friday that Vance could announce the criminal charges against the Trump Organization and its lead financial officer Allen Weisselberg in less than a week.

These charges would be the first to be put forward against Trump and his business dealings by Cyrus Vance.

These investigations are looking into tax and insurance fraud, along with claims of falsification of business records.

Even in the absence of any charges, Vance’s investigation could work as a roadblock in Trump’s hopes of becoming president again.

The former US president has been largely silent after being banned on Twitter on Facebook for his role in inciting the Capitol riots.

Apple to pay bonuses of up to $1,000 to store employees 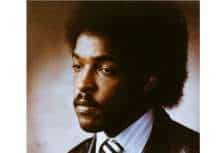 US to crack down on potent class of greenhouse gases