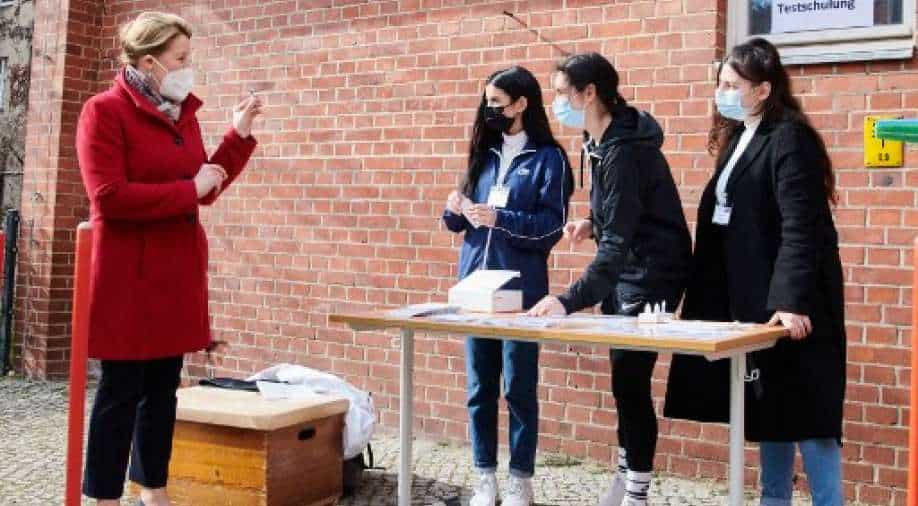 The religious services will be moved online over Easter in Germany and grocers will be allowed to open on April 3, Saturday.

German Chancellor Angela Merkel said today that the government will enforce a  strict five-day shutdown over Easter amid a surge in coronavirus cases.

The announcement comes as Germany reported the national COVID-19 incidence rate reaching 107.3 cases per 100,000 people, with more than 7,700 new cases and 50 deaths.

"We are in a 'new pandemic' due to the virus variant," Merkel said.

"The situation is serious. Case numbers are rising exponentially and intensive care beds are filling up again," the German Chancellor added.

The new measures include a shutdown of cultural, leisure and sporting facilities with shops closed for five days. The religious services will be moved online over Easter and grocers will be allowed to open on April 3, Saturday.

Merkel reached the decision after talks with regional leaders as Germany's 16 state premiers agreed on a tougher shutdown.

Germany has been experiencing a third wave with the total number of cases reaching over 2.6 million with over 74,820 fatalities.

"We have a problem with AstraZeneca," the German Chancellor said.