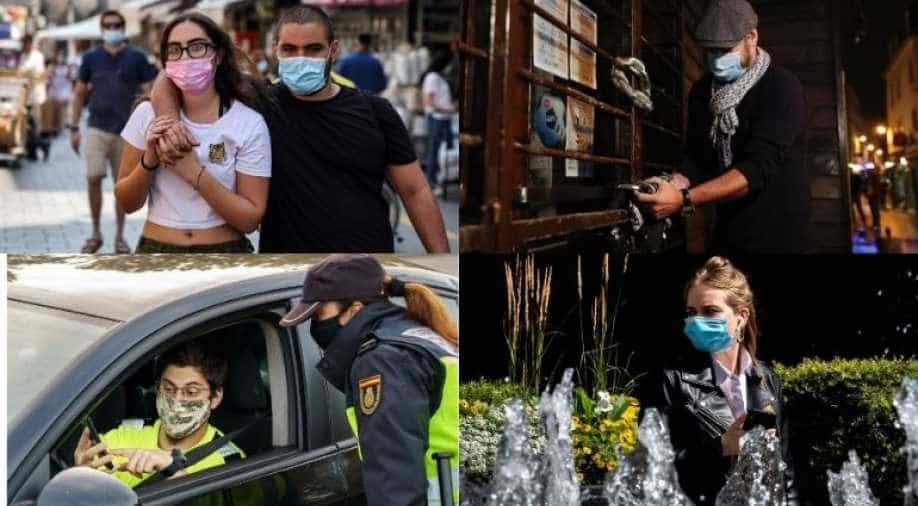 In London, police arrested several people after thousands turned out in the British capital to protest against the coronavirus lockdown restrictions.

Amid a surge in coronavirus cases, the German government is contemplating extending restrictions into April even as thousands of protesters angry at coronavirus restrictions rallied in cities across Europe over the weekend.

According to media reports, Germany is likely to cut travel and impose quarantines and negative tests for entering Germany amid protests against restrictions in the Germany city of Kassel on Saturday.

Authorities used water cannon on protesters in Kassel to disperse the crowds amid widespread outrage in Germany over the restrictions. The country is facing a second wave with over 2.67 million cases and over 74,700 fatalities.

There were widespread protests in  Vienna, Sofia, Amsterdam and Switzerland over the weekend as demonstrators openly flouted coronavirus restrictions.

Meanwhile, in the United States, authorities in Miami beach in Florida declared a state of emergency Saturday after revellers flocked to the beach.

The authorities moved to closed restaurants and closed to traffic in three bridges that connects Miami beach island to mainland Miami from 10pm to 6am.

In London, police arrested several people after thousands turned out in the British capital to protest against the coronavirus lockdown restrictions. Police said at least 36 people were arrested for breaking virus regulations.

The protesters clashed with police in central London. England has been under partial lockdown since early January when Britain witnessed a surge in infection rates, hospitalisations and deaths as the new virus variant spread.