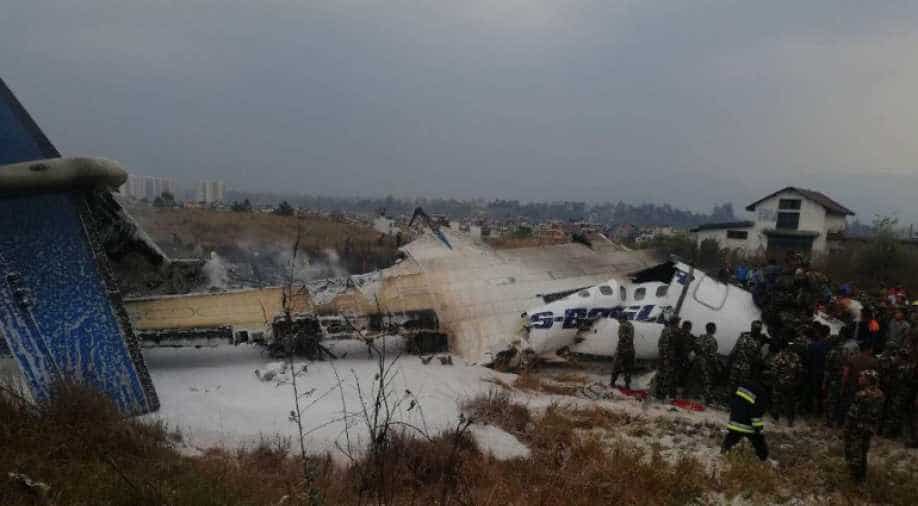 Visual of the Bombardier Q 400 plane crash in Nepal on March 12. Photograph:( Twitter )

The aircraft belonging to US-Bangla airlines that   has crashed in Kathmandu was reportedly manufactured by the Canadian company Bombardier and is a variant known as the Q400 which has been involved in several incidents over the years.

On September 30, 2015, a Bombardier Q400 aborted takeoff at a German airport. The aircraft was damaged beyond repair when the landing gear was raised too soon. It slid 2400 feet on the runway. No casualties were reported.

Three incidents involving the Scandinavian Airlines were reported in 2007 alone.

In the first one, a flight on a domestic route in Denmark had problems with the right side landing gear. The Q400 with 69 passengers on board skidded off the runway as its right engine caught fire. Eleven people were injured.

In another incident, a Scandinavian Airlines plane made an emergency landing in Lithuania. It had problems with the landing gear. No casualties were reported.