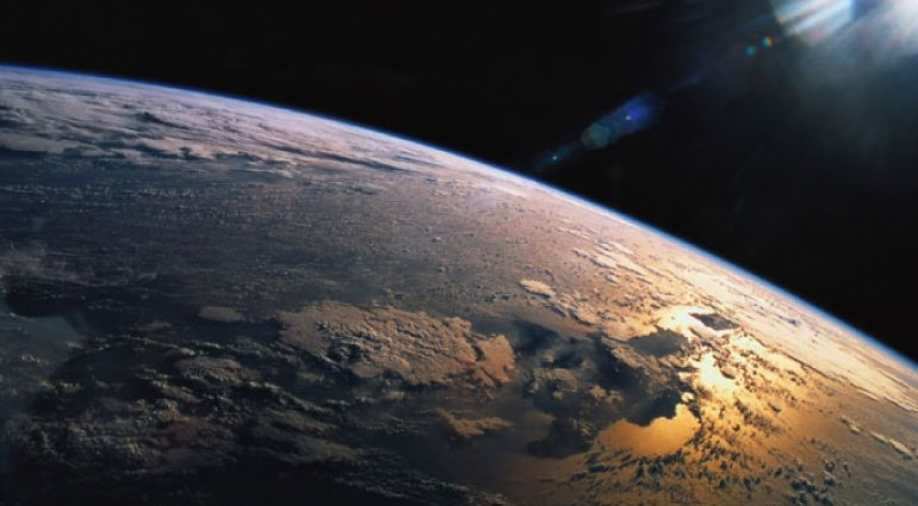 The VISIONS-2 mission, short for Visualizing Ion Outflow via Neutral Atom Sensing-2, is scheduled to launch no earlier than December 4.

NASA is set to launch a sounding rocket to get a closer look at the how the Earth's atmosphere is slowly leaking into space.

Understanding atmospheric escape on Earth has applications all over the Universe from predicting which far-off planets might be habitable, to piecing together how Mars became the desolate, exposed landscape it is today, the US space agency said.

The VISIONS-2 mission, short for Visualizing Ion Outflow via Neutral Atom Sensing-2, is scheduled to launch no earlier than December 4.

A sounding rocket makes brief, targeted flights into space before falling back to Earth just a few minutes later.

Sounding rockets are unique among scientific spacecraft for their superior dexterity.

They can be carted to remote locations, where they are aimed and shot into short-lived events -- like the sudden formation of the aurora borealis -- at a moment's notice.

The aurora borealis is of keen interest to the VISIONS-2 team, but not just for its otherworldly glow.

The aurora play are fundamental drivers in the process of atmospheric escape, whereby planets, including Earth, gradually leak their atmosphere into space.

"There have been enough observations to know that anywhere from a hundred to several hundred tonnes of atmosphere are going into space every day," Moore said.

Moore estimates that at that rate, the Earth will retain its atmosphere for a billion or so years.

Scientists had long thought that oxygen, weighing in at 16 times the mass of hydrogen, was too heavy to escape Earth's gravity.

However, near-Earth space is teeming with much more Earth-borne oxygen than anyone had expected.

The aurora is formed when energetic electrons, accelerated in the electric and magnetic fields in near-Earth space, crash into and excite atmospheric gases, which emit bright hues of red, green, and yellow as they relax back to a lower energy state.

These unruly electrons also create a cascade of havoc in the process, including driving electric currents that heat the upper atmosphere in splotchy patches.

In some cases, that heating is sufficient to give stray oxygen atoms enough energy to escape.

VISIONS-1, the current mission's precursor, launched from the Poker Flat Research Range in Alaska in 2013, where they studied oxygen outflow from aurora that form on Earth's night side, the part of the planet that is temporarily pointed away from the Sun.

For the VISIONS-2 mission, the team will travel to Svalbard a remote archipelago off the northern coast of Norway where dayside aurora can be found.

VISIONS-2 is the first of nine sounding rockets launching over the next 14 months as part of the Grand Challenge Initiative, an international collaboration to explore the unusual portal between Earth and space.