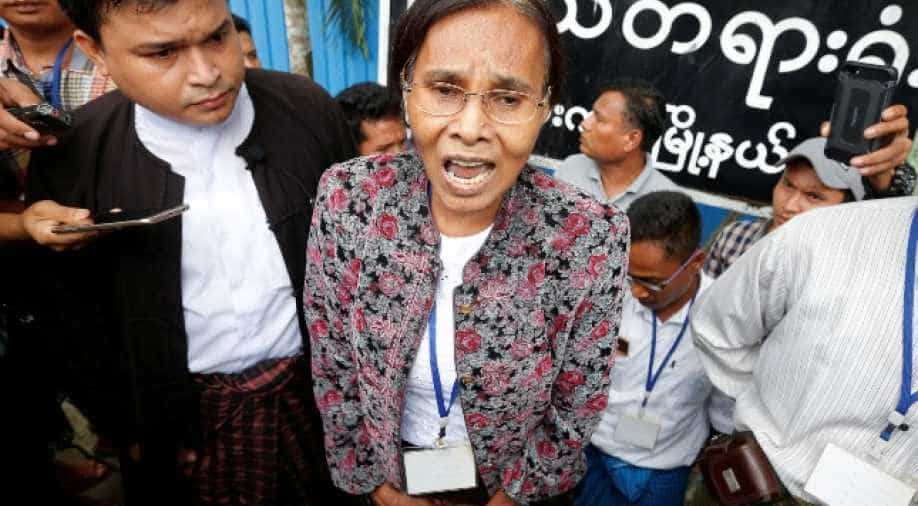 Myanmar has designated the Arakan Army a terrorist organisation and authorities have deployed thousands of troops to the region.

A Myanmar court on Friday charged eight people with financing terrorism, including six deported from Singapore last month over allegations they had sent money to ethnic rebels in the conflict-torn Rakhine region.

Rakhine state came to global attention after about 730,000 Rohingya Muslims crossed into Bangladesh fleeing a military crackdown in response to militant attacks in 2017.

More recently, civilians have been caught up in clashes between the military and the Arakan Army, an insurgent group that recruits from the mainly Buddhist ethnic Rakhine population and is fighting for greater autonomy for the state.

Myanmar has designated the Arakan Army a terrorist organisation and authorities have deployed thousands of troops to the region.

Speaking outside the courtroom in the commercial capital of Yangon, one defendant said they ran a legitimate association in Singapore raising funds for people displaced by the fighting. The UN says 35,000 people have been forced from their homes.

"We are the Arakan Association. They mixed us up with the Arakan Army," said Tin Hlaing Oo, one of the six deported from Singapore.

Their lawyer, Kyaw Myo Tun, said they were sending money to support those displaced by the violence and recent flooding in the region.

Singapore's home ministry said in July the group - five men and one woman - had "organized and mobilised" some members of the Myanmar community in the city-state to support the Arakan Army.

The Myanmar army has battled various autonomy-seeking ethnic minority insurgent groups for decades but several have agreed to make peace in recent years.