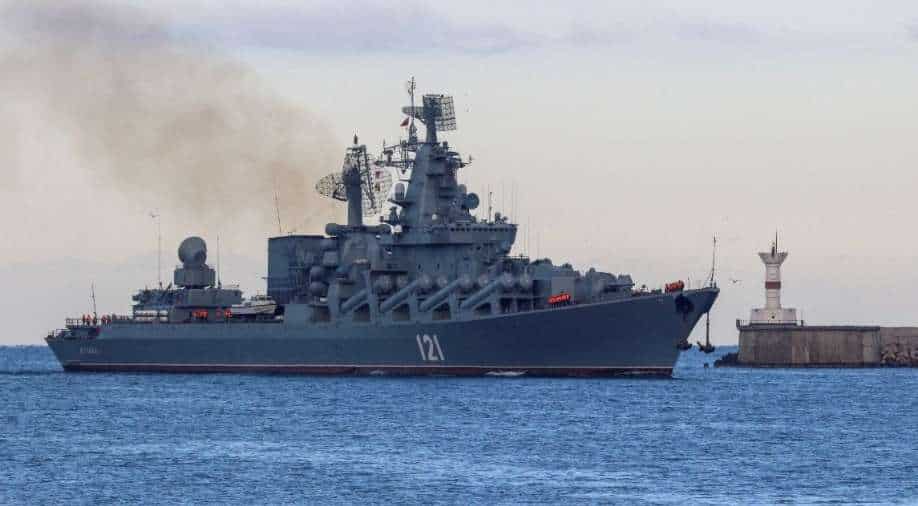 Russian defence ministry confirmed late on Thursday that country's guided-missile cruiser Moskva had sunk in the Black Sea after getting damaged during a military operation against Ukraine.

Ukraine had claimed it struck the flagship with missiles but Russian authorities attributed the sinking to ammunition explosions.

"While being towed ... towards the destination port, the vessel lost its balance due to damage sustained in the hull as fire broke out after ammunition exploded. Given the choppy seas, the vessel sank," the state news agency TASS quoted the Russian defence ministry as saying. It said the crew was evacuated.

Moskva was the flagship of Russia's Black Sea fleet.

The Pentagon said on Thursday that the sinking of Moskva was a "big blow" to Russian naval strength in the Black Sea.

"This is a big blow to the Black Sea fleet, this is... a key part of their efforts to execute some sort of naval dominance in the Black Sea," Pentagon spokesman John Kirby told CNN.

"This is going to have an effect on their capabilities."

Kirby said the US could not confirm the exact cause of the ship's demise.

"We're also not in any position to refute the Ukrainian side of this," he added. "It's certainly plausible and possible that they did in fact hit this with a Neptune missile or maybe more."