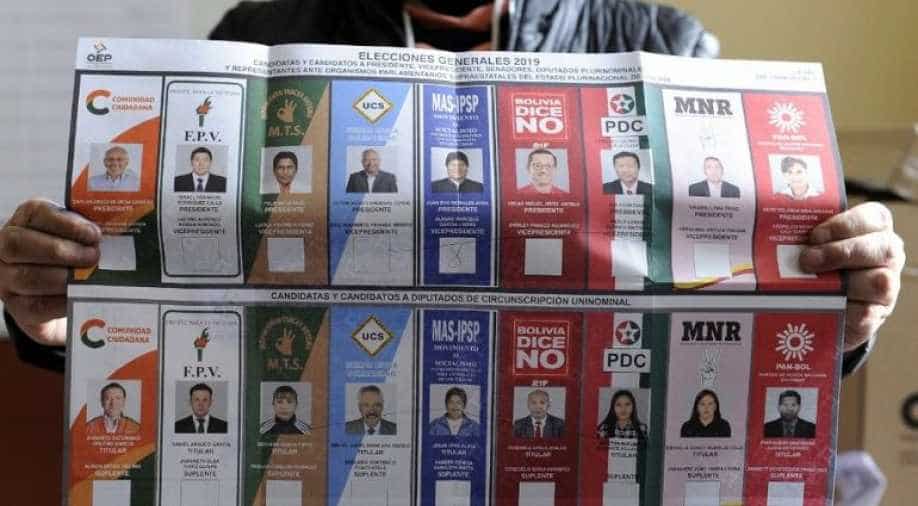 Elected Bolivia's first indigenous president in 2005, he has won all his previous elections in the first round, never having to contest a run-off.

South Korean-born evangelical pastor, Chi Hyun Chung, was in third place with 8.7 per cent of the vote.

Morales, who will turn 60 next week, has been at the helm in the poor but resource-rich Latin American country for 13 years, and a new mandate would keep him in power until 2025.

The former coca farmer and leftist union leader obtained Constitutional Court permission in 2017 to run again for president even though the constitution allows only two consecutive terms.