'Military knows all about biological warfare': Bolsonaro's swipe at China over COVID-19 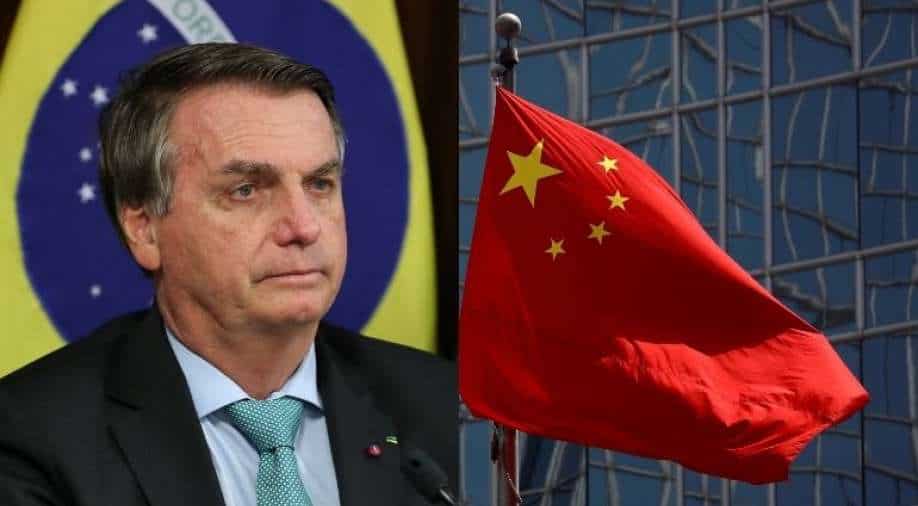 The Brazilian president and his close aides have in the past too have slammed China, something which has strained relations with Brazil's biggest trading partner

Brazilian President Jair Bolsonaro said on Wednesday that the novel coronavirus may have been created to wage "biological warfare" in a veiled reference to China.

The remarks became even sharper when Bolsonaro talked about the country whose GDP has "grown the most" . China is the only country amongst the G20 nations whose economy rose last year with a 2.3 per cent expansion.

"It's a new virus. Nobody knows whether it was born in a laboratory or because a human ate some animal they shouldn't have," Bolsonaro was quoted as saying by news agency AFP.

"But the military knows all about chemical, biological and radiological warfare. Could we be fighting a new war? I wonder. Which country's GDP has grown the most?"

The Brazilian president and his close aides have in the past too slammed China something which has strained relations with Brazil's biggest trading partner.

Brazil's former foreign minister Ernesto Araujo was replaced after he criticised "Maoist China" and its aim for "world domination".

Supporters of right-wing leaders like Bolsonaro and Donald Trump have backed the theory that the virus originated in a lab in China's Wuhan, the virus's first epicentre.

However, World Health Organization (WHO) in its March report concluded that it's "extremely unlikely" that Covid-19 originated in a lab.

Another presidential hopeful arrested in Nicaragua

UK will be exposed to paying pandemic cost risks for decades: Report