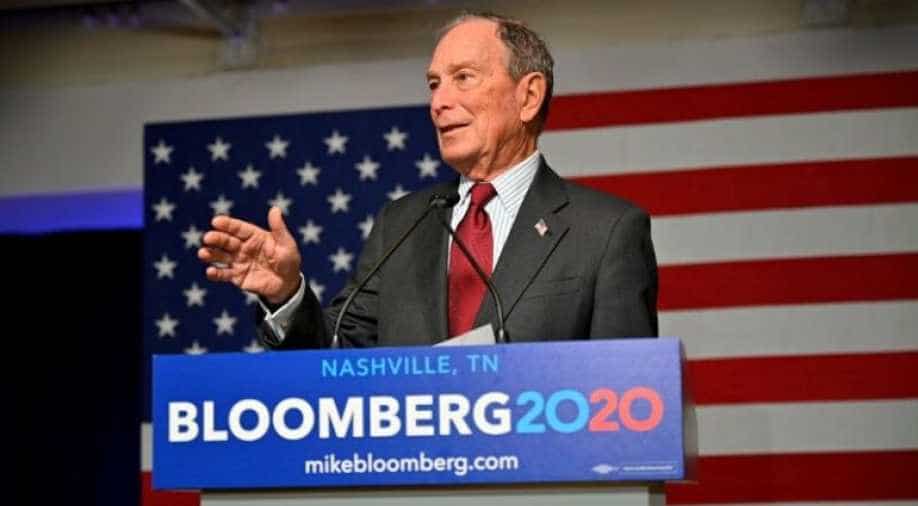 The magnate has separately pledged millions geared toward rallying Latino voters in Florida, saying they "will play a critical role in the election."

"President Trump has fueled division in our country including through his relentless attacks on the Hispanic community," said Bloomberg, 78, an independent who has thrown his financial weight behind Democratic nominee Joe Biden after a dismal run for the presidency earlier this year.

The pro-Biden organization "Priorities USA" on Thursday said the ex-mayor had given it $6 million to campaign among the Latino electorate, a group that in Florida often skews right given the strong presence of anti-Communist voters of Cuban origin.

That sum is a small part of some $100 million the media mogul said he was ready to spend in the southeastern state, which is home to more than 21 million people.

On Wednesday, the Florida Rights Restoration Coalition — an organization working to re-enfranchise former convicts — said it had received some $20 million, much of it raised by Bloomberg's network, to help previously incarcerated citizens pay fines and fees in order to reestablish their rights to vote.

According to The New York Times, Bloomberg raised some $16 million of that sum.

Some 800,000 people — the majority black or Latino — are prevented from voting because Florida law says they must first repay their debts to the state.

The rules stem from a law signed in 2019 by Florida's Republican governor, Ron DeSantis, a Trump supporter.

Bloomberg's foray into the Florida campaign seems to have left many Republicans in the vital electoral state with a bad taste.

Florida's top prosecutor, Republican Ashley Moody, said she would launch a probe into whether any potential campaign violations would occur from the donations made to the organization supporting the voting rights of ex-convicts.

"This transparent political ploy is just the latest example of Republicans attempting to keep Floridians disenfranchised," a Bloomberg spokesperson responded in a statement to AFP.

For years Florida has been a key state in US presidential votes: Victory margins are often within less than a percentage point, and Bloomberg's move to help former felons could play a decisive role.

Current polling suggests Trump needs to win the state to stay in power.