Mexico's forensic nightmare: Many of the 80,000 missing are in govt graves due to failure in identification 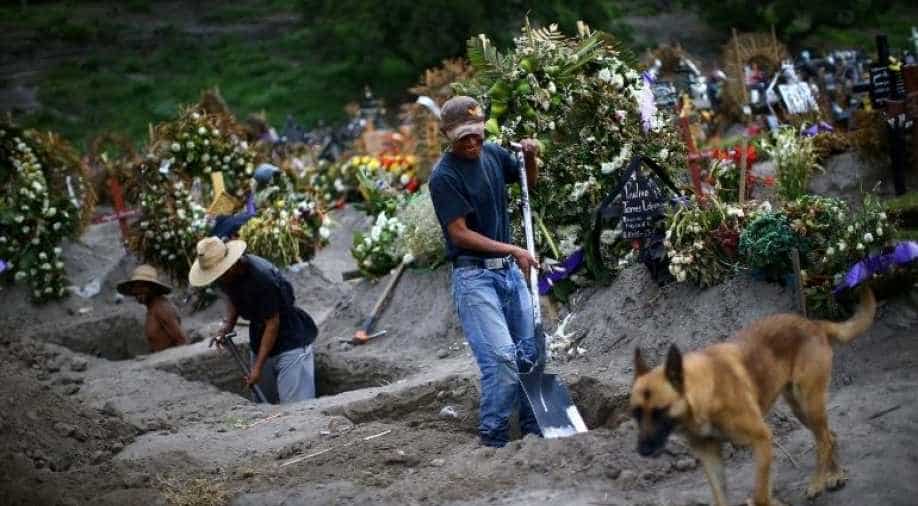 More than 28,000 of them had been cremated or buried in public cemeteries and another 2,589 had been donated to medical schools, according to a report.

In February, dozens of women in Mexico deliberately bled for their missing children as a mark of protest. They have been camping for weeks outside the Interior Ministry in Mexico City to demand justice for the disappearances and murders of their children.

In the country wracked by drug-related violence and cartel revenge killings, around 80,000 persons have disappeared in the past 15 years. For these protesting mothers and thousands of other relatives, it's an ordeal to trace their loved ones. It has emerged that many of the bodies have been lying in government morgues for over a decade, while thousands have been buried in public graves.

Some 39,000 unidentified bodies dating back to 2006 are in government custody, found a recent investigation by the news team Quinto Elemento Lab. Thousands of corpses that pass through morgues each year without ever being identified and end up in common graves, according to a report in The Los Angeles Times.

"More than 28,000 of them had been cremated or buried in public cemeteries. Another 2,589 had been donated to medical schools. Most of the rest were still in morgues or could not be located," it said.

An expert team was formed in 2019 to identify the bodies and bone fragments, but their efforts were hampered by the forensic hurdles and the COVID-19 pandemic.

“Few cemeteries — almost none — have a good registry of the location and quantity of people who are buried there,” The LA Times quoted Roxana Enríquez Farias, a founder of the Mexican Forensic Anthropology Team, as saying.

Decomposing corpses are frequently stacked one on top of another, sometimes only in plastic bags, and the mixing of genetic materials makes it difficult to obtain useful samples, the report said.

In many cases, records of the disappeared consist of nothing more than names and ages, without family DNA samples or other clues that could help match them to remains. When the state of Tamaulipas exhumed 265 cadavers and various boxes of bones from a public cemetery in 2018, officials were able to identify only about 30 people, according to the report.