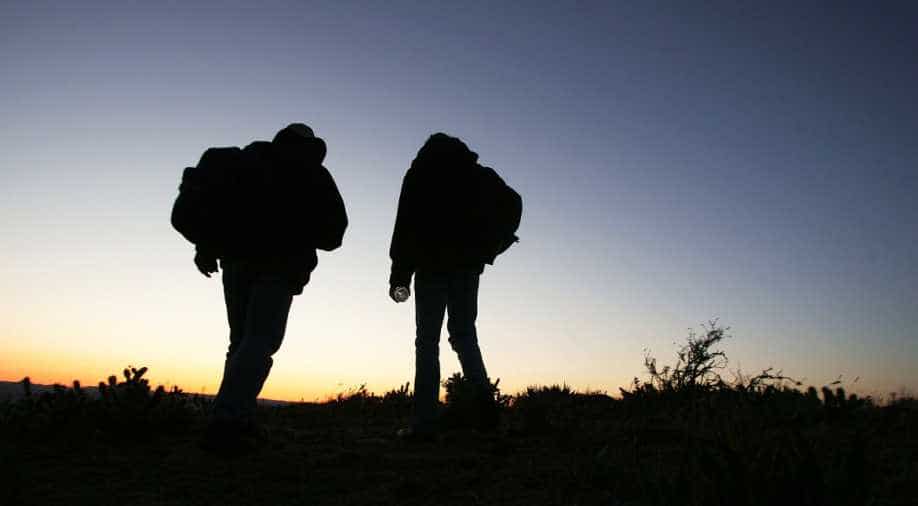 The gang known as Los Tequileros (The Tequila Drinkers) has made a business out of kidnapping people in a remote region of Guerrero. (Representative image) Photograph:( Getty )

Residents of a southern Mexican town managed to force a fearsome gang to free a man on Wednesday after villagers brazenly abducted the mother of the criminal group's leader.

The unusual standoff was resolved with both sides releasing their captives in Guerrero, a state mired in drug violence and kidnappings that often end with the victims turning up dead or never reappearing.

The gang known as Los Tequileros (The Tequila Drinkers) has made a business out of kidnapping people in a remote region of Guerrero, but fed-up townspeople in San Miguel Totolapan rebelled after an engineer was snatched on Sunday.

The residents formed a vigilante group and detained around 20 people, including the mother of Raybel Jacobo de Almonte, the head of Los Tequileros who is himself known as "El Tequilero" (The Tequila Drinker).

The engineer's wife appeared in a video on Tuesday, demanding that Almonte release her husband "safe and sound" in return for the gang leader's mother.

The residents upped the ante on Wednesday, releasing a video showing a woman identified as Almonte's elderly mother, Maria Felix de Almonte Salgado, who pleaded with her son to release the engineer, Isauro de Paz Duque.

"Son, if you have (De Paz), hand him over, please. If you have him, I know that you are going to hand him over. Do it, please," said the mother, stone-faced and sitting in a room without her hands tied.

After De Paz was reunited with his family, the residents released Almonte's mother to police, the state government said in a statement.

The residents were still holding 19 people they accuse of colluding with Los Tequileros but the government said it expects them to be released to the police "in the coming hours."

Some 220 soldiers and police were deployed to San Miguel Totolapan this week to avoid a confrontation and the government said the security forced were still in the area.

"It is satisfying to inform that the engineer Isauro de Paz Duque, who was kidnapped, is now with his family," Governor Hector Astudillo wrote on Twitter.

A video has circulated on YouTube showing the vigilantes carrying weapons and explaining that they took up arms in response to crimes committed by Los Tequileros.

"They have humiliated us. They have killed our families and we won't let it happen again," one of the vigilantes says.

Guerrero has endured years of violence linked to turf wars between drug cartels fighting for control of the state's opium poppy and heroin production areas.

Farmers and villagers in Guerrero and the neighboring state of Michoacan formed vigilante groups in recent years to combat crime in their towns.

Fed up with police incompetence or unwillingness to act, the self-defense groups have detained criminal suspects in the past, but kidnapping a gang leader's mother is unheard of.

The emergence of such citizen militia have raised concerns that they could be infiltrated by drug cartels and fuel more violence.