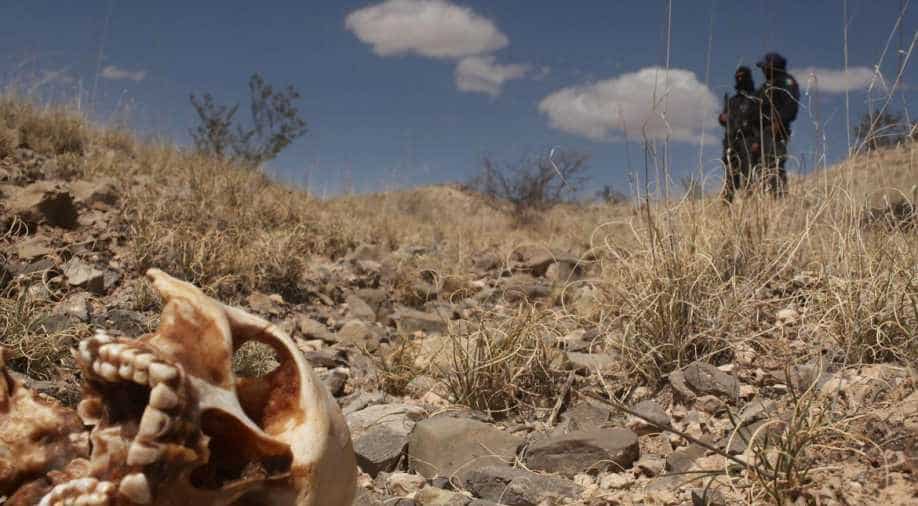 The remains were unearthed between Tuesday and Thursday in 17 pits on a hill in the village of Pochahuixco, part of the municipality of Zitlala.(Representative image) Photograph:( Getty )

The remains were unearthed between Tuesday and Thursday in 17 pits on a hill in the village of Pochahuixco, part of the municipality of Zitlala.

"The discoveries are terrible," Guerrero state security spokesman Roberto Alvarez said, adding that the victims include 31 men and one woman.

The remains were taken to the state capital, Chilpancingo, to be identified, Alvarez said in a statement. No arrests have been made in the case.

The bodies were found in 17 of 20 pits that were dug up by investigators. Seven were found on Tuesday, five on Wednesday and the rest on Thursday in various states of decomposition.

No other remains were found but soldiers are scouring the region for any other hidden graves. No arrests were made.

Drug cartels have been burying their victims in hidden graves across the country for years, and authorities regularly find human remains.

At the border between the western states of Jalisco and Michoacan, for instance, 75 bodies were unearthed from 37 clandestine graves between late 2013 and early 2014.

Guerrero has been plagued by a series of mass kidnappings, including 12 people abducted in the municipality of Ajuchitlan del Progreso last week.

Heads in a cooler

The clandestine graves were found after authorities received an anonymous tip about a camp where people were being held, Alvarez told AFP.

When they arrived at the site on a hill, they found a kidnap victim as well as two cars, a motorcycle and bulletproof vests.

Soldiers and police also found four heads inside a cooler that could be linked to nine bodies that were found on a roadside in the town of Tixtla a few days ago, he said.

The Ardillos and Los Rojos drug gangs are fighting over territory in the Zitlala region, the security spokesman said.

"There are a lot of murders, a lot of abductions," he said.

Guerrero is one of the country's most violent states and a major opium poppy grower. Last weekend at least 24 people were killed in the state.

"There are poppy fields in a large part of Guerrero and the price of poppies has increased at the international level" while feeding heroin addicts in the United States, he said, adding that cartels are fighting "without mercy."

Los Rojos have also been battling the Guerreros Unidos drug cartel. In the Pacific resort of Acapulco, the Beltran Leyva gang and the Independent Cartel of Acapulco battle for supremacy.

Guerrero is also known for the disappearance of 43 students in the city of Iguala in September 2014, a case that drew international outrage and remains unsolved.

The Iguala case put a spotlight on the rash of disappearances in Mexico, where some 28,000 people have been reported missing since 2007 in addition to tens of thousands killed in connection with drug violence.

Frustrated by the lack of progress by the authorities, mothers, fathers, brothers and sisters of the disappeared have led their own searches across the country, learning to detect clandestine graves on their own.

They look for unturned earth and pierce the ground with sticks, smelling the end of it for the stench of rotting flesh.