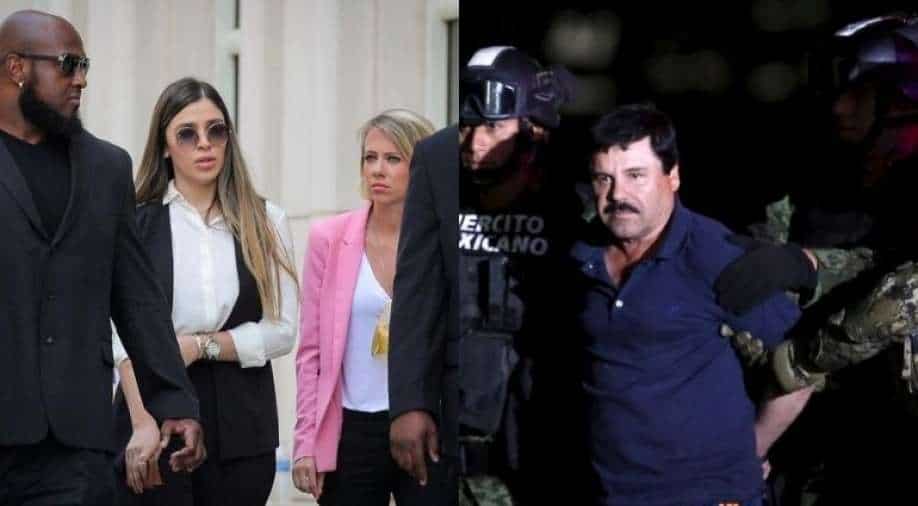 Arrested at Dulles International Airport, Coronel also faces allegations of planning two prison escapes from Mexico jail for El Chapo — of which one was successful in 2015

The former teenager beauty queen and wife of infamous drug lord, Joaquin "El Chapo" Guzman, has been arrested by the US authorities on Monday at an airport outside of Washington.

Emma Coronel Aispuro, 31-year-old, faces the charge of conspiracy to traffic cocaine, methamphetamine, heroin and marijuana into the US, the Justice Department said.

Arrested at Dulles International Airport, Coronel also faces allegations of planning two prison escapes from Mexico jail for El Chapo — of which one was successful in 2015.

El Chapo was the leader of the Sinaloa Cartel — one of the most notorious Mexican drug trafficking gang. He ran an operation through which he delivered hundreds of tons of narcotics into the US through the illegal border crossing. He has also been accused of being the mastermind behind several assassination plans of people who crossed him during his time as the leader of the gang.

He was, later in 2017, extradited to the US where he stood trial and was sentenced to life in prison two years later.

His wife has been accused of taking part and assisting in the cartel activities and has been the mastermind of two prison break plans.

Coronel, who holds dual citizenship of US and Mexico, appeared in court nearly every day during the three-month-long trial of her husband in New York, even though she had been barred from all contact from him for nearly two years of his pre-trial detention.

She, too, was unofficially accused of being involved in the cartel activities but was not held under suspicion ever.

"I can only say that I have nothing to be ashamed of. I am not perfect, but I consider myself a good human being who has never hurt anyone intentionally," she had said at the end of the trial.

As per her US lawyer, Jeffrey Lichtman, Coronel will be pleading 'not guilty', as reported by news agency AFP.