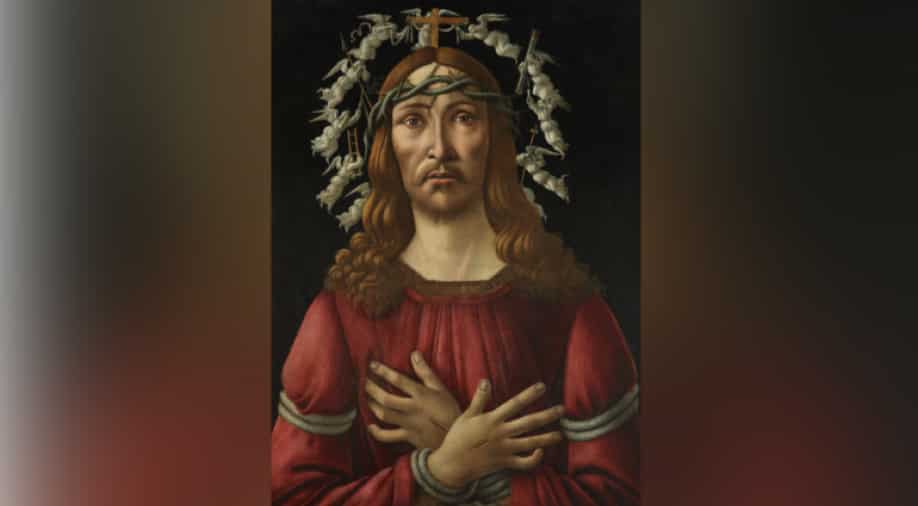 One of the last masterpieces of Italian painter Sandro Botticelli ‘The Man of Sorrows’ is due to be auctioned. It is estimated to fetch in excess of US $40 million. Though it has been in private hands since the 19th century, the painting is yet to be studied extensively.

But when an auction house in New York undertook an analysis to study the painting, they discovered an intriguing image that left everyone baffled — the portrayal of Madonna and Child hidden beneath the paint layers.

Speaking to CNN, Chris Apostle, the senior vice president and director of Old Master paintings at Sotheby's in New York, believes it to be an abandoned composition of a “Madonna of tenderness” (a type derived from Greek icons), in which the Madonna intimately cradles the head of the baby Christ against her own, cheek to cheek.

He said the facial features, particularly the nose, eyes and laughing mouth, which he identifies as belonging to the Christ Child, are very visible in the infrared image, if rotated upside down.

He explained that such a type of under-drawing was common during Renaissance times.

Apostle said that the Italian painter must have discontinued the Madonna painting in the early 1500s and used the drawing panel to create “an extraordinary composition” of Christ, “one which reflects the demi-millennial religious angst of Italy at this time.

The new work is tentatively dated around 1500, when predictions of the apocalypse and hopes for personal salvation had reached a particular level of intensity, he said.

Believed to have been painted in the late 15th century, ‘The Man of Sorrows’ is described as a masterful work of Botticelli who was said to be influenced by the Dominican friar Girolamo Savonarola and adopted a style characterized by Christian symbolism and visionary spirituality.

According to experts, the portrait of the resurrected Christ reveals an important coda to Botticelli’s well-known earlier career, while also encapsulating the artist’s singular style with a modern and human portrayal of Christ.