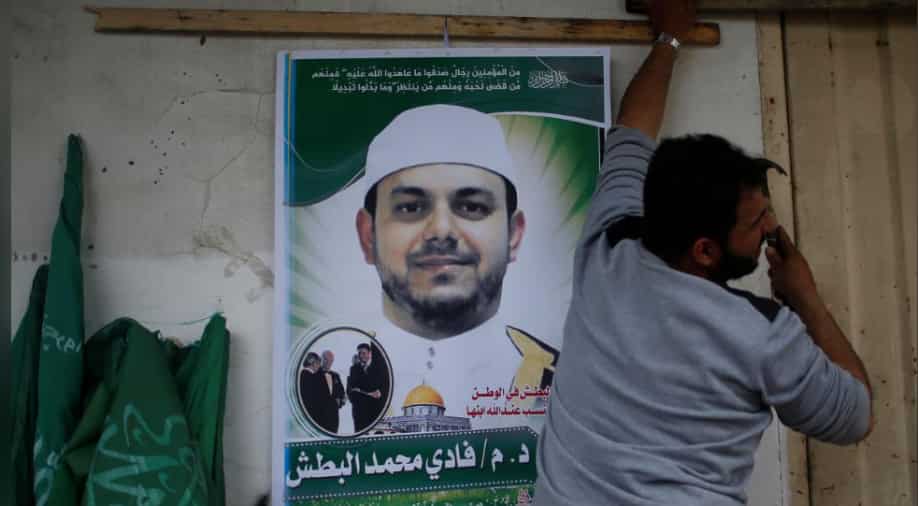 The Malaysian police on Monday released computer-generated pictures of the two men behind the killing of a Palestinian Hamas weapons engineer on Saturday in Kuala Lumpur, reports said.

The two unidentified men shot Fadi al-Batsh and engineering lecturer and also a Hamas drones and rocket expert, killing him on the spot, reports said. Malaysia’s Deputy Prime Minister said the suspects were believed to be linked to a foreign intelligence service.

The police department said that the men, who were on motorcycles, fired over 10 shots at the 35-year-old victim. While Hamas and Batsch’s family have pointed the finger at the Mossad, Mohamad Fuzi said it was too early to speculate.

Police Chief Mohamad Fuzi Bin Harun informed that alerts have been made at all country's exit points but said that it is likely that the men may have fled soon after the attack.

The photographs of the suspects are based on descriptions by witnesses and not actual pictures saying that it could be possible that they were European&nbspor Middle Eastern, reports said.

Both suspects were on a high-powered, dark-colored motorbike which could be a BMW or a Kawasaki. Both were carrying backpacks and have on dark jackets and helmets, which likely obscured a direct photo of their faces.

Malaysian Deputy Prime Minister Ahmad Zahid Hamidi added the victim had links with foreign intelligence and was active in pro-Palestinian non-governmental organizations, describing him as an expert in electrical engineering and rocket-building.

The victim could have been seen as “a liability for a country that is an enemy of Palestine,” Zahid was quoted as saying by Bernama.

Hamas, which exercises de facto control over Gaza, said one of its members had been “assassinated” in Malaysia and it had sent a delegation to meet with Malaysian officials to discuss the killing.

Hamas chief Ismail Haniyeh said Israel’s Mossad intelligence service had been behind past attempts to assassinate Palestinian scientists, and that al-Batsh’s killing “follows this sequence.”

Batsh’s uncle Jamal al-Batsh spoke to Reuters in the town of Jabalya in the northern Gaza Strip.