Mahatma Gandhi's original letter on Jesus Christ up for sale 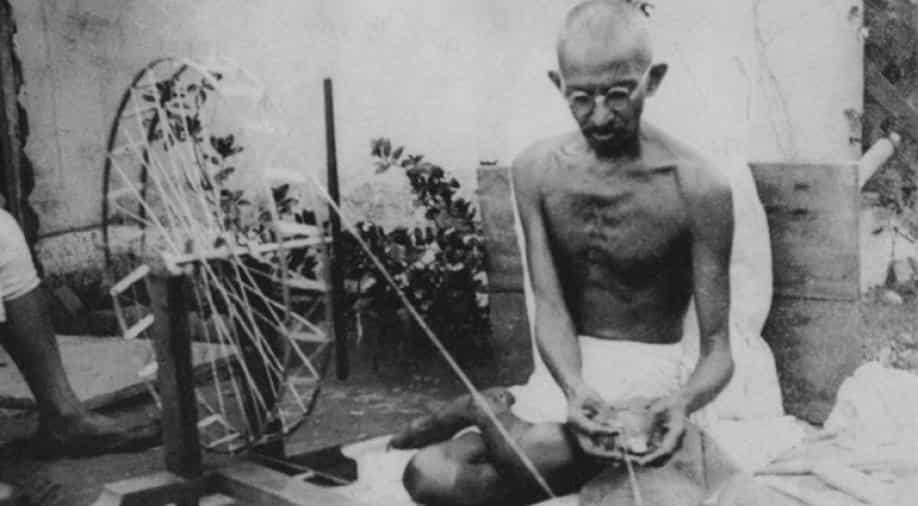 A letter written by Mahatma Gandhi, in which he discusses the nature of existence of Jesus Christ, is up for sale and could be purchased for US $50,000.

The letter dated April 6, 1926, is written by Gandhi from his Sabarmati Ashram in India.

Typed in faint ink and with a bold, unaffected signature, the letter was part of a private collection for the past several decades and is now being sold by the Pennsylvania-based Raab Collection.

"Jesus was one of the great teachers of mankind," Gandhi wrote in the letter to Christian religious elder in the United States, Milton Newberry Frantz.

Nathan Raab, principal at the Raab Collection, described the letter as the embodiment of Gandhi's vision for a world of religions at peace. "His belief in Jesus as a teacher of mankind shows his efforts to find commonality with his fellow man," he said.

"This is one of the finest letters on religion that Gandhi ever wrote," the Raab Collection said in a press statement.

"Our research discloses no other letter of Gandhi mentioning Jesus to have ever reached the public market," the historical-document dealer said.

The Raab Collection said it located no record of any letter of Gandhi on Jesus to have reached the public market. Gandhi also discusses his hope for peace among religions worldwide, it added.

"Dear Friend, I have your letter. I am afraid it is not possible for me to subscribe to the creed you have sent me. The subscriber is made to believe that the highest manifestation of the unseen reality was Jesus Christ. In spite of all my efforts, I have not been able to feel the truth of that statement," Gandhi wrote in the letter.

"I have not been able to move beyond the belief that Jesus was one of the great teachers of mankind. Do you not think that religious unity is to be had not by a mechanical subscription to a common creed but by all respecting the creed of each?" he asked.

"In my opinion, difference in creed there must be so long as there are different brains. But who does it matter if all these are hung upon the common thread of love and mutual esteem?" Gandhi wrote in the letter, which is now up for grabs beginning US $50,000.