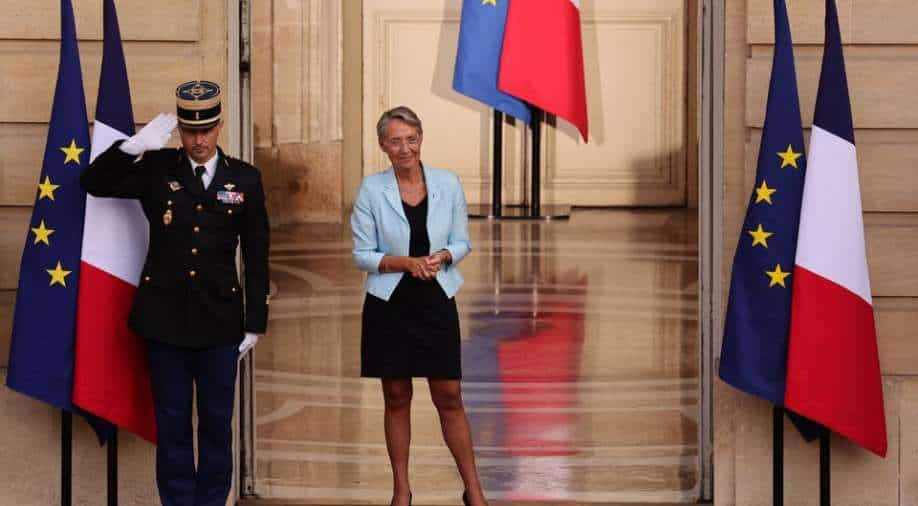 France's newly appointed Prime Minister Elisabeth Borne looks on as her predecessor leaves at the end of a handover ceremony in the courtyard of the Hotel Matignon, French Prime ministers' official residence, in Paris on May 16. Photograph:( Reuters )

The French Prime Minister Elisabeth Borne had earlier held the post of transport minister and minister of ecological transition under Macron. Borne was appointed after Jean Castex resigned.

President Emmanuel Macron named Elisabeth Borne as the new prime minister of France on Monday. The former labour minister is the first woman to head the French government in over 30 years.

Who is Elisabeth Borne?

Borne, 61, had earlier held the post of transport minister and minister of ecological transition under Macron. Borne was appointed after Jean Castex resigned.

Borne was born in Paris in 1961 and graduated as a civil engineer in 1981 and has an MBA degree. The new French prime minister was earlier involved in urban planning in the French capital.

She has been a member of the Socialist Party and is seen as a tough negotiator. The last time a woman held the post was in 1991 when Edith Cresson headed the cabinet from May 1991 to April 1992 under President Francois Mitterrand.

The new prime minister had earlier pushed for cycle-friendly policies in France and is reportedly against raising minimum wages in France. She is known for taking a tough stand on climate and ecological issues.

A technocrat, Borne has never run for public office. She has prioritised education, employment, democratic revival, Europe and security as her main plan of action.