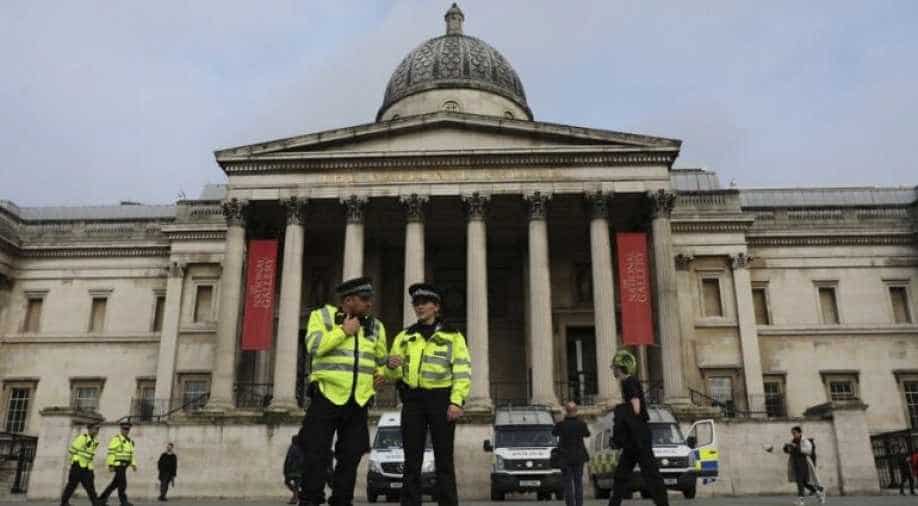 Video of the incident circulating on social media shows Cheng being surrounded by jeering pro-democracy protesters, who followed her through the streets near the CIArb headquarters.

Police in London on Friday said they were investigating an assault after a Hong Kong minister fell to the ground as she was jostled by demonstrators.

Justice secretary Teresa Cheng had been due to give a lecture at the Chartered Institute of Arbitrators (CIArb) in Bloomsbury Square, central London, on Thursday evening.

But the CIArb said the event was cancelled because "whilst entering the building (Cheng) was assaulted by a crowd". It added: "As a result she sustained an injury to her arm."

Video of the incident circulating on social media shows Cheng being surrounded by jeering pro-democracy protesters, who followed her through the streets near the CIArb headquarters.

She fell to the ground and was then escorted away.

The CIArb said it was "committed to peacefully resolving conflict and deplores the use of violence, particularly to a guest to the United Kingdom".

The Metropolitan Police said in a statement a probe was "ongoing to establish the full circumstances" of the incident, adding no arrests had been so made far.

"A woman was taken to hospital by London Ambulance Service suffering an injury to her arm," it added without confirming Cheng's identity.

Hong Kong has seen relentless protests since June as many in the city of 7.5 million people have vented fury at eroding freedoms under Chinese rule.

Cheng is in London on a visit to promote its role as a dispute resolution and deal-making hub.

She is one of the most unpopular government officials in Hong Kong, seen as playing a key role in pushing forward the now-shelved extradition bill to China, which sparked the months of unrest there.