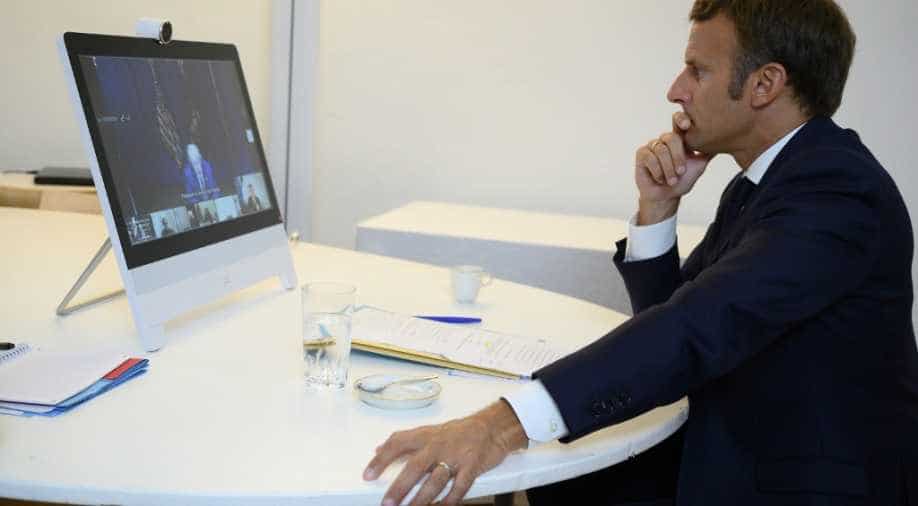 French President Emmanuel Macron on Sunday urged the donor countries to act "quickly and effectively" to assist Lebanon in the aftermath of the massive explosion at the port of Beirut.

Macron's message came at a UN-backed virtual conference to drum up aid for Lebanon,.

"The objective today is to act quickly and effectively to coordinate our aid on the ground so that it goes as efficiently as possible to the Lebanese people," he said opening the conference to help the country back on its feet.

"It is up to the authorities of the country to act so that the country does not sink, and to respond to the aspirations that the Lebanese people are expressing right now, legitimately, in the streets of Beirut," Macron said.

The explosion in Beirut killed over 150 people and wounded 6,000. The country was a debt-laden economy was already mired in crisis and reeling from the coronavirus pandemic before the port explosion. It has left nearly 300,000 people homeless, razing businesses and destroying critical grain supplies.

Rebuilding Beirut is estimated to take billions of dollars. Economists forecast the blast could wipe up to 25 per cent off of the country's GDP.

Macron was the first world leader to visit Lebanon after the explosion and promised humanitarian aid would come but that profound political reform was needed to resolve the country's problems and secure longer-term support.

"I guarantee you, this (reconstruction) aid will not go to corrupt hands," Macron said.