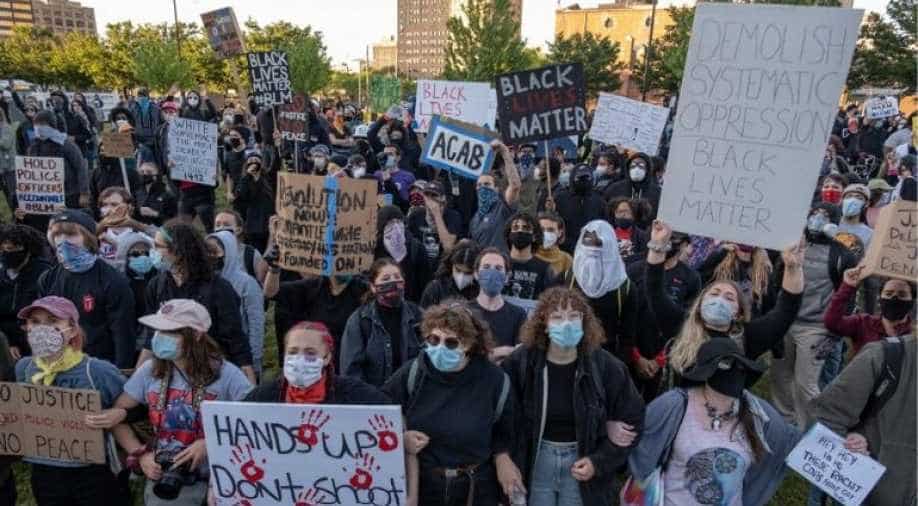 During the protests, people were seen close to each other, many without masks

The United States is currently witnessing nationwide protests against the murder of George Floyd, who was killed by a police officer in Minneapolis on suspected usage on a counterfeit currency note.

As protests become fiercer and spread across the country, many officials in the government fear a rising wave of infections owing to the protests.

After Floyd, 46, was killed during an arrest by four police officers last Monday, which stirred protests focused on police brutality against African Americans in the country.

As of now, the US has over 1.8 million coronavirus infections and has recorded 104,000 deaths. The country does not have universal healthcare, and reports have indicated that the rate of infections and fatality is much higher among minorities.

During the protests, people were seen close to each other, many without masks.

However, this has stirred paranoia among leaders, who are asking the protesters to “protest the right way”, by keeping in mind the social distancing guidelines in place against the coronavirus pandemic.

“I’m concerned that we had mass gatherings on our streets when we just lifted a stay-at-home order and what that could mean for spikes in coronavirus cases later,” Muriel Bowser, the mayor of Washington DC, claimed in a press conference on Sunday.

“I’m so concerned about it that I’m urging everybody to consider their exposure, if they need to isolate from their family members when they go home and if they need to be tested … because we have worked very hard to blunt the curve”, he added.

Protests outside the White House forced President Trump into his protective bunker, while people clashed with his security services. Washington DC has witnessed violent protests for several days now.

“While I saw some people with masks last night, others didn’t… I saw some people social distancing, other people were right on top of each other. So we don’t want to compound this deadly virus and the impact it’s had on our community”, Bowser added.

Many leaders have echoed the sentiment. Larry Hogan, the governor of Maryland, and Keisha Lance-Bottoms, the mayor of Atlanta agreed with Bowser.

Lance-Bottoms said she was “extremely concerned” about a resurgence of coronavirus cases.

The mayor of New York Bill de Blasio extended his support to the people’s right to demonstrate, but added that the protests signify an uncertain future.