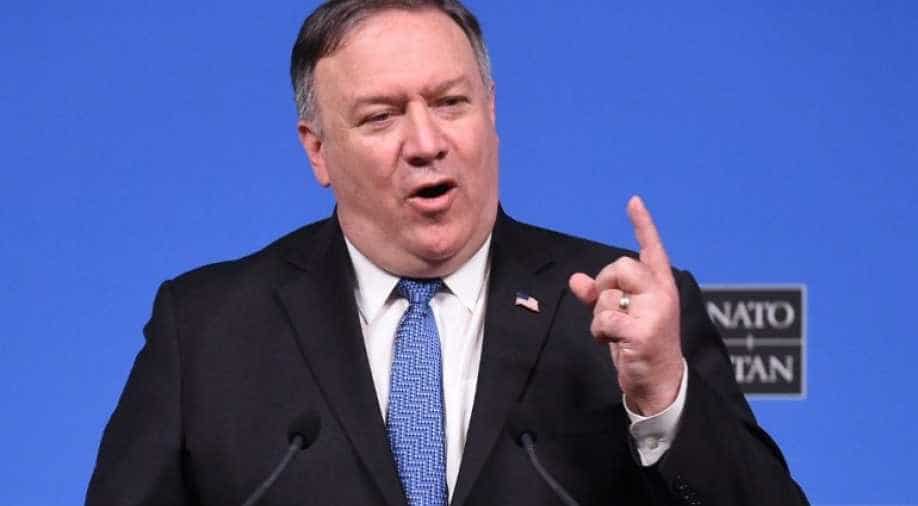 Both countries seeking to smooth over relations buffeted by the impeachment trial of President Donald Trump.

US Secretary of State Mike Pompeo Washington's support for Ukraine on a visit to Kyiv on Friday, as both countries sought to smooth over relations buffeted by the impeachment trial of President Donald Trump.

Ukraine was thrust into a domestic political battle in Washington last year as Trump faced allegations he pressured Ukrainian President Volodymyr Zelenskiy to investigate the son of his Democratic rival, Joe Biden.

Pompeo has also walked back from comments he was accused of making to a National Public Radio reporter before his trip that appeared to play down Ukraine's importance to Americans.

Pompeo is the highest-ranking US official to travel to Ukraine since the impeachment began. His visit comes as Trump's impeachment trial was set for a climactic vote on Friday or Saturday that is likely to acquit the president.

After meeting Zelenskiy, both men played down the fallout from impeachment. "Today I'm here with a clear message: The United States sees that the Ukrainian struggle for freedom, democracy and prosperity is a valiant one. Our commitment to support it will not waver," Pompeo said.

Ukraine counts on Washington for diplomatic support, sanctions on Moscow and military aid to buy Javelin anti-tank missiles and other hardware as it battles Russian-backed fighters in a war that has killed more than 13,000 people.

Trump had frozen nearly $400 million in US security assistance shortly before speaking to Zelenskiy in a July phone call, prompting accusations from Democrats he had misused US foreign policy for personal gain.

Trump's camp has called on Ukraine to investigate Biden and his son Hunter, who was on the board of a Ukrainian energy company called Burisma.

Impeachment overshadowed the first months of Zelenskiy's presidency, and he has voiced frustration about being constantly asked about it. He has repeatedly denied being pressured by Trump to launch investigations.

"I was wondering when this question would come up. When we speak with the USA, there is always a question about the impeachment of President Trump," Zelenskiy said on Friday when asked whether impeachment had spoiled bilateral ties.

"It seems to me honestly that, on the contrary, there are very good relations between our countries, not just in words. The US supports and defends Ukraine."

Pompeo also denied suggestions that Zelenskiy would only be granted a visit to the White House to meet Trump if Ukraine agreed to announce investigations into Hunter Biden and Burisma.

"No, there's no condition of the nature you described for President Zelenskiy to come to Washington and have that visit," Pompeo said in response to a question. "We'll find the right time. We'll find the appropriate opportunity."

Asked before the trip whether he would raise Burisma or the Bidens with Ukrainian officials, Pompeo had said, "I don't want to talk about particular individuals."

Democrats had hoped to hear from former National Security Adviser John Bolton as a witness in Trump's impeachment trial, but they do not appear to have enough support from Republicans to bring witnesses to the proceedings.

A report, which Bolton has not denied, said Bolton had written in an upcoming book that Trump told him he wanted to freeze military aid to Ukraine until it investigated both Bidens.